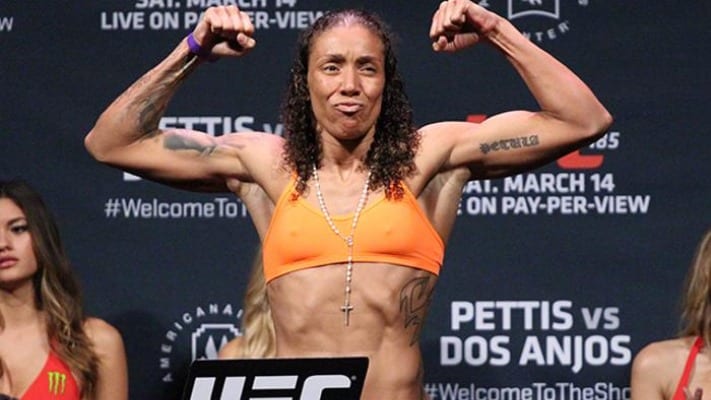 The UFC Sacramento weigh-in results have been released as the fighters took the stage to get ready for battle inside of the Octagon under the promotion banner.

Germaine de Randamie vs. Aspen Ladd in a women’s bantamweight bout will headline the show. In the co-headliner, Urijah Faber takes on Ricky Simon at bantamweight. Rounding out the five-bout main card is Mirsad Bektic vs. Josh Emmett in a featherweight bout, Karl Roberson and Wellington Turman at middleweight, and Cezar Ferreira vs. Marvin Vettori in a middleweight tilt.

Check out this morning’s weigh-ins results below.

UFC officials held the weigh-ins for UFC Sacramento on Friday and here are the weigh-in results: