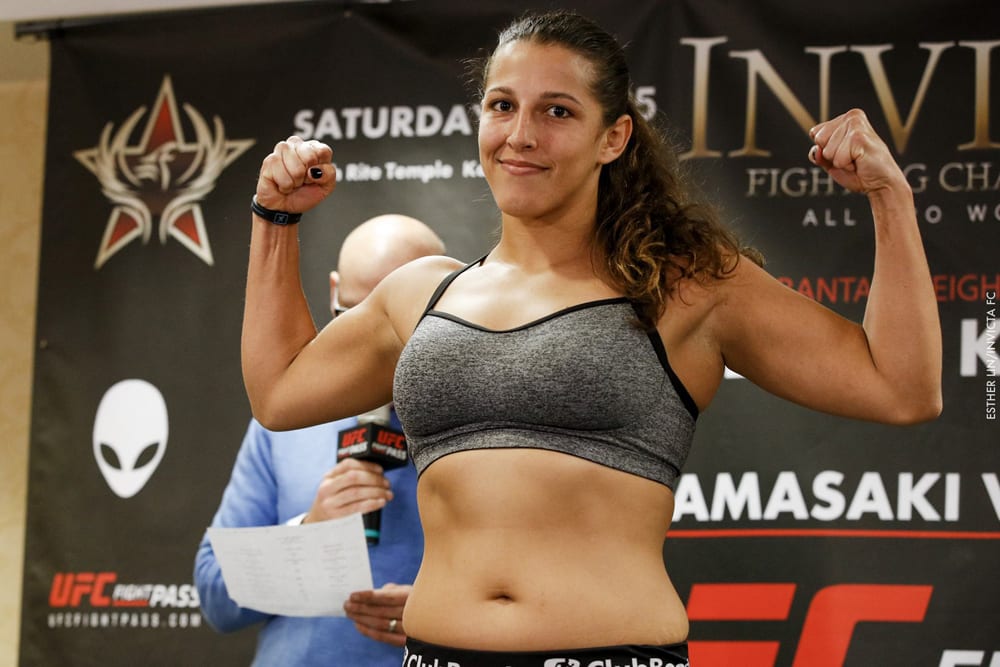 A women’s featherweight bout between Megan Anderson and Felicia Spencer was on tap next at UFC on ESPN+ 10 in Rochester, New York.

Anderson (8-3) has had a rough go in the UFC thus far. She lost her debut to Holly Holm at UFC 225 in Chicago last year and then came the eye injury in the Cat Zingano fight. The Aussie needs a big win this weekend.

As for Spencer (6-0). The “Feenom” will make her long-awaited UFC debut after picking up all six of her victories under the Invicta banner. Four of Spencer’s wins have come via some form of finish.

Anderson walks forward and lands a right cross. She lands a straight right to follow. Spencer clinches and presses Anderson up against the cage. She works to take the larger Anderson down. Spencer blasts a few knees into the thighs of the Aussie, Anderson scrambles but Spencer takes her back. Anderson defends the choke but Spencer has her hooks in and she is working. She blasts several hard right hands into Anderson’s face. Spencer is all over her with punches to the head. She works for the choke and gets the tap just like that. Wow.

Felicia Spencer defeats Megan Anderson via submission (RNC) at 3:24 of round one