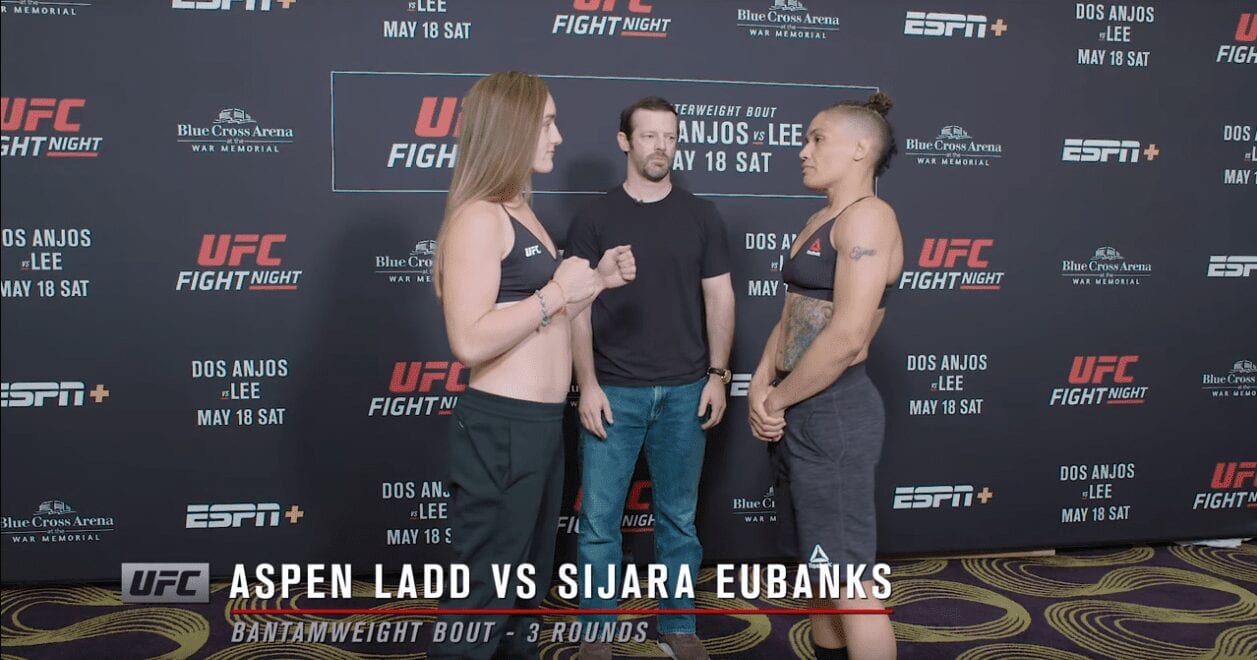 UFC Rochester preliminary card results are underway as the Las Vegas-based promotion holds this latest event on television for fight fans around the world to watch the show.

It’s once again fight day here at LowKickMMA, and the talent on display tonight (Saturday, May 18, 2019) will come from in the form of UFC Rochester. Headlining the card are Rafael dos Anjos and Kevin Lee, but there’s a whole bunch of great fights also taking place on the preliminary section of the card.

Sijara Eubanks vs. Aspen Ladd in a women’s bantamweight bout closes the preliminary card on ESPN+ in what should be an interesting fight. Ladd was able to score the decision win over Eubanks in a back and forth banger of a fight.

Desmond Green vs. Charles Jourdain is next in a lightweight bout.
Green dominated this fight where he was awarded with the lopsided decision win.

Michel Pereira vs. Danny Roberts is next in a welterweight bout. In round one, Michel Pereira connected with a flying knee then knocked him out with a strike.

Grant Dawson vs. Mike Trizano is next in a featherweight bout. In round 2, Dawson managed to lock in the rear-naked choke for the win.

Patrick Cummins vs. Ed Herman is next in a light heavyweight bout. In round 1, Herman lands a knee on the separation from a clinch that rocked Cummins and finished it up on the ground with strikes.

Zak Cummings vs. Trevin Giles is next in a middleweight bout. In round 3, Cummings rocks Giles with a huge counter left to the jaw, grabs an arm-in guillotine and gets the tap.

Opening the prelims is Julio Arce vs. Julian Erosa in a featherweight bout. In the third round, Alice landed a head kick to score the KO win.