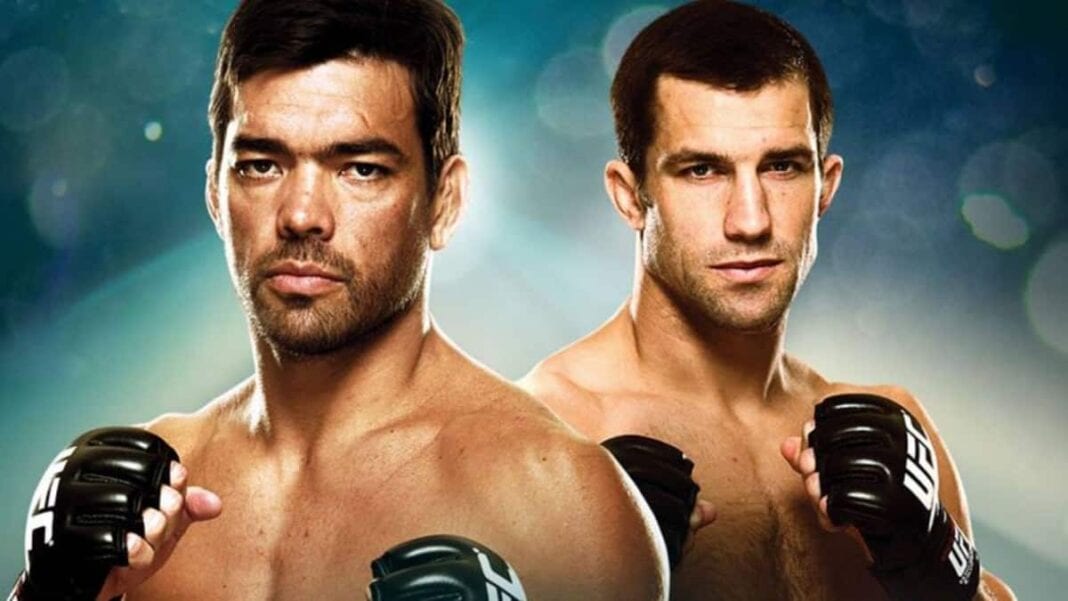 With a busy weekend of packed MMA action in the rearview mirror, fans can now look ahead to what’s next, and the UFC has a stacked card set for next weekend. UFC on FOX 15 is set to go down next Saturday (April 18, 2015) from the Prudential Center in Newark, New Jersey with a star-studded lineup free and live on FOX.

In the main event of the evening, top middleweight contenders Lyoto “The Dragon” Machida and Luke “Rocky” Rockhold will do battle in a bout that could very well determine the next challenger to the middleweight throne.

Machida, who currently sits at No. 2 in the middleweight rankings, has been a force in the division since dropping down to 185-pounds in 2013. “The Dragon” brutally knocked out Mark Munoz at UFC Fight Night 30 in October 2013, and then scored a unanimous decision win over Gegard Mousasi at UFC Fight Night 36 in February 2014 to earn a shot at current champ Chris Weidman.

Machida finally met Weidman at UFC 175 in July 2014, battling the champion back and forth over the course of five rounds, but ultimately coming up short. The Brazilian bounced back last December, scoring a vicious knockout of CB Dolloway in just over one minute. If he does indeed get passed Rockhold, it would be hard to deny Machida another crack at gold.

Rockhold on the other hand is currently the No. 4-ranked middleweight and has been on a tear as of late. Since getting smashed by Vitor Belfort in his UFC debut in 2013, Rockhold has run straight through the division scoring three straight finishes over Costas Philippou, Tim Boetsch and Michael Bisping. A win over Machida, would truly make “Rocky” a title threat.

Another middleweight showdown is set for the co-main event as No. 1-ranked Ronaldo “Jacare” Souza meets late replacement Chris Camozzi. Souza was supposed to take on another top contender in Yoel Romero, but “The Soldier of God” was recently forced off of the card due to injury. “Jacare” could have made a claim for a title shot with a win over Romero, but a win over Camozzi will likely do little for his title hopes. For Camozzi, this is a huge chance to make a statement if he can somehow knock the Brazilian off.

Also on the main card, featherweights Cub Swanson and Max “Blessed” Holloway will clash. Swanson was riding an ultra-impressive six-fight winning streak and was campaigning for a title shot until he was destroyed by Frankie Edgar in a one-sided scrap last November. Since losing to now title challenger Conor McGregor in 2013, Holloway has rattled off five-straight wins and would become a contender if he could indeed take out the established Swanson.

As next weekend approaches, take a closer look into the training camps and lives of the fighters as they prepare for fight night with the UFC’s Road to the Octagon below: