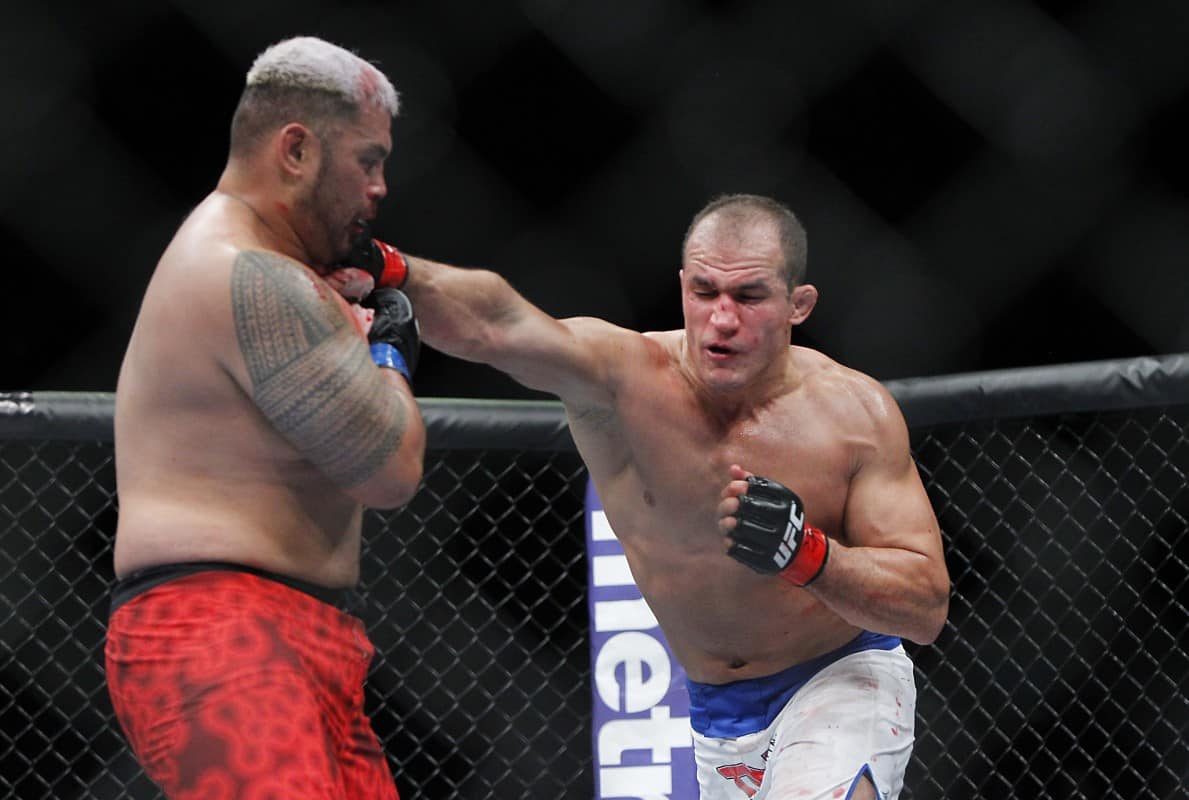 This has the makings of an exciting heavyweight throwdown; however, I’m not sure it will be anything more than a one-sided beating for dos Santos. Miocic has been on a tear as of late, but his is recent wins were over a light heavyweight in Fabio Maldonado and a lackluster decision over Gabriel Gonzaga. “Cigano” finished Gonzaga in one round, and he also finished returning heavyweight Stefan Struve, the last man to defeat Miocic. MMA math rarely adds up on fight night, and Miocic is undoubtedly the best he’s ever been, but dos Santos has had more than enough time to heal up from his last war with Cain Velasquez and a nagging hand injury. “Cigano” is eager to prove he can rise to the top of the UFC once again. I think he’ll come out motivate and score a first round TKO victory.

UFC on FOX 13 features a tough headliner to pick; heavy-hitting Junior Dos Santos or the mild mannered technical fighter Stipe Miocic. Most fights at heavyweight can end in the blink of an eye, but I think this one goes to a decision, and perhaps quite a close one. “Cigano” has the more diverse striking skills, and I feel he will be a bit too much for his opponent on the night. Miocic is no bum, but I just don’t think he has the tools to beat the Brazilian KO artist. JDS takes the decision.

Former champion Junior dos Santos will make his highly anticipated return in this bout, and he seems hungrier than ever to get back on top. However, rising contender Stipe Miocic is just as hungry to cement himself in the division. Miocic, like heavyweight champion Cain Velasquez, has great wrestling and fast pace. This could give “Cigano” problems, but I truly believe dos Santos is the best heavyweight on the planet not named Velasquez. Miocic has solid boxing, but JDS possesses brutal power and may be the best boxer in the division. “Cigano,” isn’t known for his grappling at all, but he may surprise many as he may have the jiu-jitsu advantage as well. Ultimately, dos Santos will look to keep it on the feet. If he can, I think Miocic will have a short night. JDS by second round knockout.

Diaz’ long awaited return could be spoiled by the surging dos Anjos on Saturday night. I believe the surging Brazilian simply doesn’t get enough credit in the stacked UFC lightweight division. He was the last man to defeat No. 4 Donald Cerrone, and he made incredibly short work of former champion Benson Henderson, who dominated Diaz in late 2012, at August’s UFC Fight Night 49. Again, that’s MMA math, but I don’t see Diaz beating a hungry dos Anjos at this point in time. I think dos Anjos makes a strong case for a title shot with a first round TKO.

Nate Diaz will return to quite a dangerous fight as he faces the red-hot contender Rafael dos Anjos. RDA knocked Benson Henderson out last time he fought, and will want to make an equally big impression at UFC on FOX 13. The reach advantage is obviously Diaz’ biggest advantage here, but I can see him getting hurt in this fight. Dos Anjos beats a bloodied Nate Diaz in to a third round TKO.

In this bout, Stockton bad boy Nate Diaz returns from over a yearlong layoff and has an extremely tough test in front of him in No. 3 ranked Rafael Dos Anjos. Both men are highly touted grapplers, each possessing a BJJ black belt, so the fight may be even in that category. Dos Anjos definitely has the wrestling advantage as Diaz has had trouble stuffing takedowns in his career. Ironically, Diaz is rather comfortable from his back. When it comes to striking, Diaz is one of the best pure boxers in the division, using long punches in rapid volume to overwhelm opponents. Dos Anjos, on the other hand, possesses more power as shown in his recent knockout win over Benson Henderson. This is a tough one to call because the fighters are almost even on paper, but you have to remember that Diaz is coming off a long layoff. You can never count out a Diaz brother, but I’m going to go out on a limb and say Dos Anjos catches him early. RDA by first round knockout.