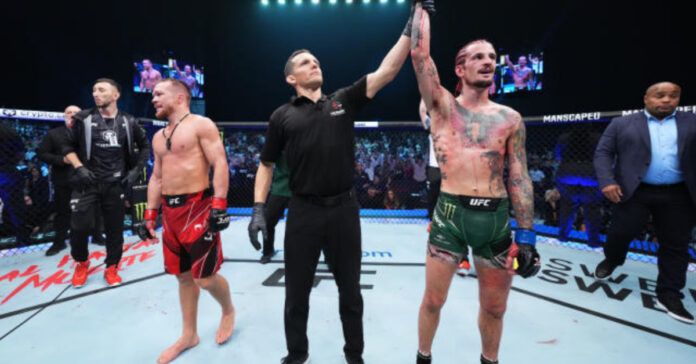 Petr Yan and Sean O’Malley would engage in a back-and-forth battle last night as the bantamweights bloodied and bruised one another over the scheduled 15 minutes.

O’Malley would prove himself as belonging at the top of the division, digging deep to brave the storm of Yan’s offense.

Yan would drop and stun O’Malley on several occasions and while O’Malley would out-land and wobble Yan, ‘No Mercy’ would land six takedowns on O’Malley with over five-minutes of control time.

The judges would ultimately give ‘Suga’ the nod by split decision but many on-lookers were in disagreement and social media went wild with claims of robbery.

Fighters, analysts, media and fans all took to social media to give their opinion on the result and it seems most felt that O’Malley was undeserved.

“Wowwwwwww. I had Yan winning 30-27 but none the less, O’Malley showed he’s an elite bantamweight. I’m sold that he’ll get his hands on a belt someday.”- Michael Chiesa

Do you think Sean O’Malley deserved to win?