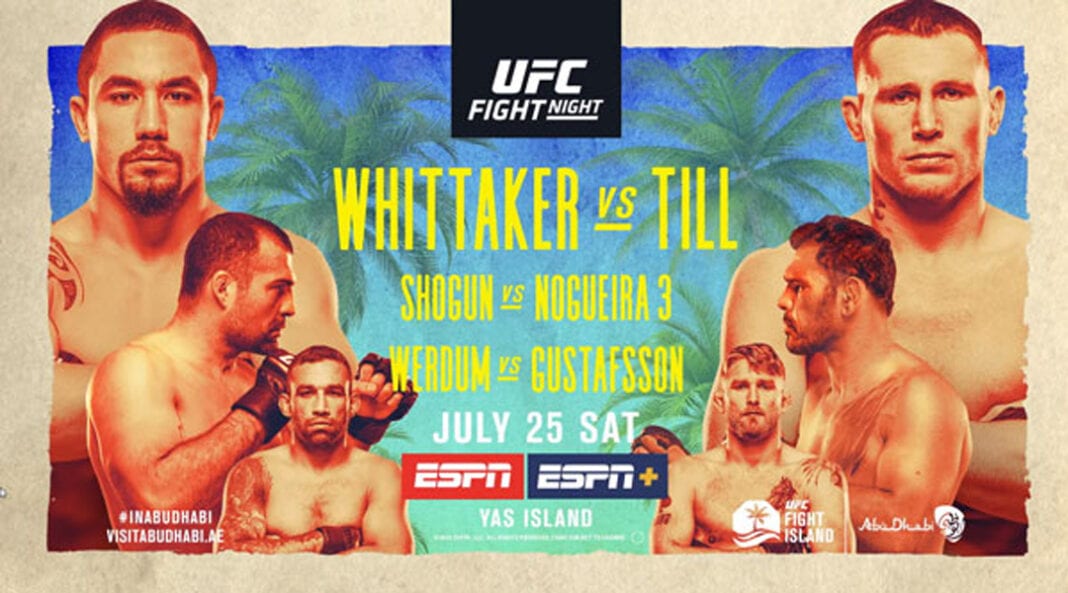 LowKickMMA will be bringing you UFC Fight Night: Whittaker vs. Till results throughout tonight (Sat. 25th July 2020) from Yas Island, Abu Dhabi.

In the main event we will see a highly anticipated matchup in the Middleweight division when former champion Robert Whittaker takes on the former Welterweight title challenger Darren Till. The winner of this bout is sure to become a key factor in the Middleweight title picture following the champion Israel Adesanya taking on number one contender Paulo Costa in September. In the Co-Main event there will be a trilogy in the Light Heavyweight division between Mauricio Rua and Antonio Rogerio Nogueira. Aside from these two bouts the card is stacked with other big names and up and coming fighters.

Check out our UFC Fight Night: Whittaker vs. Till results below. Also, make sure to follow along with us on twitter @LowKick_MMA

UFC Fight Night: Whittaker vs. Till