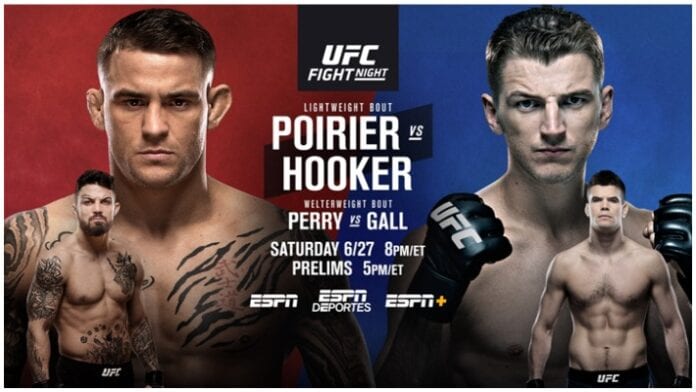 LowKickMMA will be bringing you UFC Fight Night: Poirier vs. Hooker results throughout tonight (Sat. 27th June 2020) from the UFC Apex in Las Vegas.

In the main event of the evening former interim lightweight champion Dustin Poirier looks to get back to winning ways after losing against Khabib Nurmagomedov last time out. He’ll take on surging contender Dan Hooker who has won three straight and will be looking to secure the biggest win of his career against ‘The Diamond’.