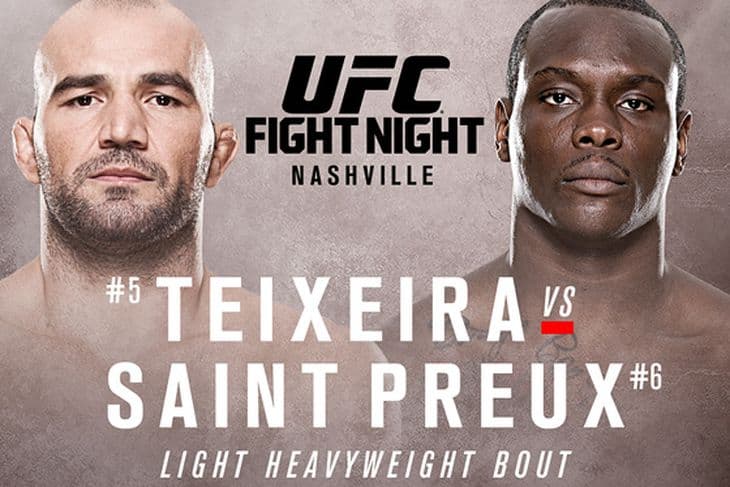 The UFC has finalized the UFC Fight Night 73 fight card and we have all the details.

The event will be held on Saturday, August 8, 2015 at the Bridgestone Arena in Nashville, Tennessee and be headlined by a light heavyweight bout between former title challenger Glover Teixeira and Tennessee native Ovince Saint Preux.

The event’s preliminary bouts will air on UFC Fight Pass and Fox Sports 2 while the main card airs on Fox Sports 1. The event will begin at 7 p.m. ET.

Down below is the final card: