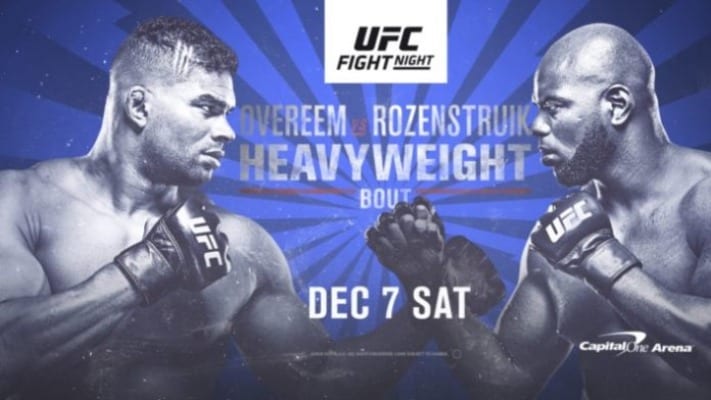 LowKickMMA will be bringing you live UFC DC results (UFC on ESPN 7) throughout the night from the Capital One Arena in Washington, D.C.

In the main event of the night, Alistair Overeem will go head-to-head with Jairzinho Rozenstruik. Also, in the co-featured bout, women’s strawweights Marina Rodriguez and Cynthia Calvillo do battle. The card also features the return of Stefan Struve, coming out of retirement to fight Ben Rothwell.

Aspen Ladd will also return to face Yana Kunitskaya at bantamweight. Check out LowKickMMA’s UFC DC results below. Also, be sure to follow along with us on Twitter @LowKick_MMA.