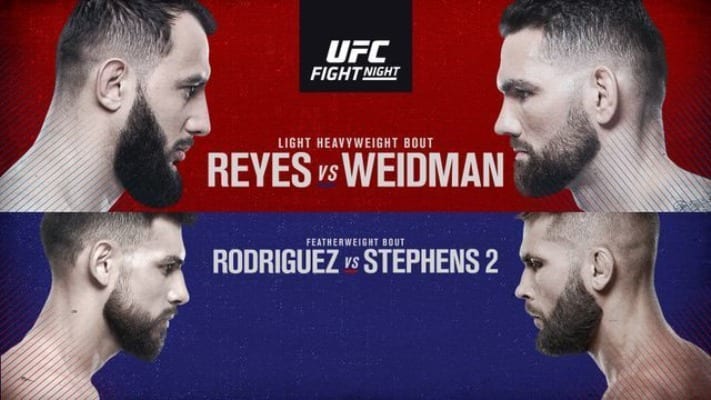 LowKickMMA will be providing you with UFC on ESPN 6 results throughout the night from the TD Garden in Boston, Massachusetts. In the main event of the evening, former UFC middleweight champion Chris Weidman takes on Dominick Reyes.

Also, in the co-main event, Yair Rodriguez and Jeremy Stephens settle their rivalry at featherweight. The UFC has compiled a great card for mixed martial arts (MMA) fans to enjoy. Check out LowKickMMA’s UFC Boston results below. Also, make sure to follow along with us on Twitter @LowKick_MMA.