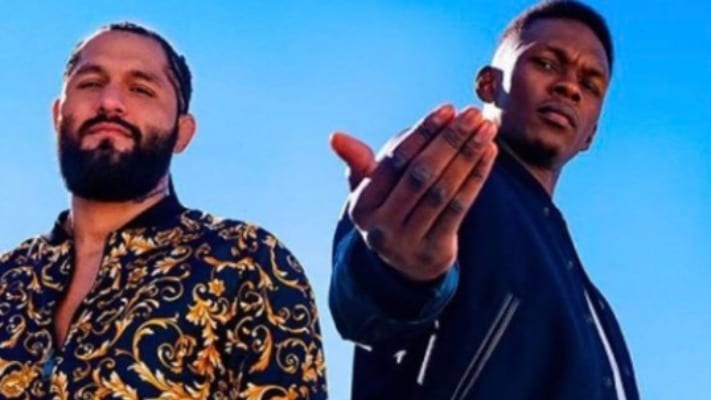 The new UFC 4 video game cover has been allegedly leaked.

UFC 4 is the latest installment by EA Sports which was set to be revealed during the UFC 251 pay-per-view event taking place this Saturday in Abu Dhabi.

Much debate has been going on as to who will star on the cover this time. Manager Ali Abdelaziz recently hinted that it was Israel Adesanya and Jorge Masvidal as he felt lightweight champion Khabib Nurmagomedov should have been on the cover.

It turns out he was right as the Microsoft store seems to have leaked the UFC 4 cover a bit early.

While this is not 100 percent confirmed, it certainly looks to be the real deal.

Nurmagomedov or another fighter could still yet be on the cover, albeit on a different and premium version of the game as was the case with UFC 3.

With Masvidal competing in the UFC 251 headliner against Kamaru Usman and Adesanya set to defend his 185-pound strap against Paulo Costa, they will certainly be hoping the UFC cover curse doesn’t strike again.

What do you think of the cover? And do you think another fighter such as Nurmagomedov should have been on it?