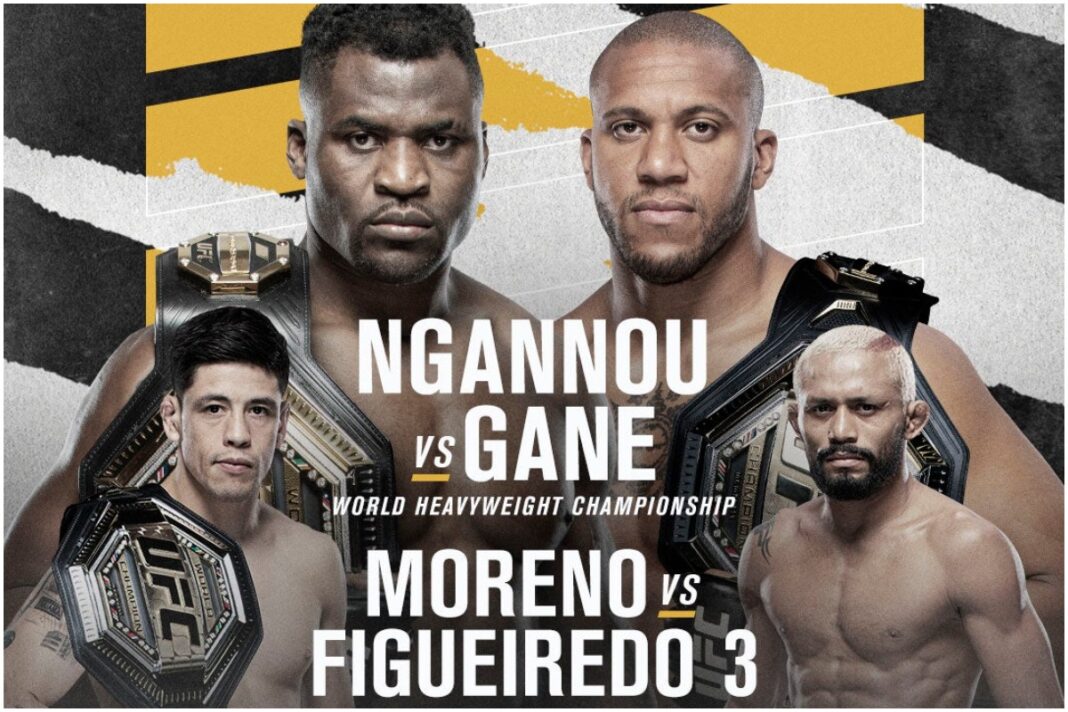 The first pay-per-view card of 2022 is almost upon us, and boy is it a big one! UFC 270 is set to take place at the Honda Center in Anaheim, California on January 22.

In the main event of the evening, we’ll see an undisputed heavyweight champion crowned when Francis Ngannou takes on his former teammate and the current interim champ, Ciryl Gane.

Before that, Brandon Moreno will look to make the first defence of his flyweight title when he takes on Deiveson Figueiredo for the third time in as many years.

Join LowKickMMA as we preview, predict, and hopefully win some money betting on this epic night of fights. If you’re based in the Great White North, be sure to check out HowToBet.ca to learn how to place bets from anywhere in Canada.

This is truly one of the best fights that can currently be made in MMA and we are getting it in the first quarter of the year! Francis Ngannou showed in his title win display that he is a legitimate MMA fighter. ‘The Predator’ no longer solely relies on his punch power. He has the wrestling and grappling to go with it.

The Cameroonian knockout artist seemed set for a long reign as champ before Ciryl Gane stormed up the heavyweight ranks in 2021. ‘Bon Gamin’ is just 10 fights into his MMA career but already holds wins over some of the best heavyweights in history.

There are a wide variety of bets you can make on an MMA fight including fight winner, method of victory, total rounds, and more. If you’re picking Ngannou to get the win at UFC 270 he’s priced at +100. Meanwhile, Gane is the slight favourite at odds of -120.

We agree with the bookmakers on the fact this is a true 50/50 fight. Either man could win but we’ll be backing Ngannou.

The 35-year-old is just that little bit more seasoned than his former teammate and we think that might show on fight night.

Before the heavyweights throw down, two of the smaller men on the UFC roster will duke it out in the UFC 270 co-main event.

For us, this fight is a lot easier to predict than the match-up we have just been talking about.

In their first fight, Moreno and Figueiredo went to war for five rounds. It was close, competitive, and ultimately called a draw. A rematch seemed like the fair and logical thing to do.

Last time, Moreno dominated Figueiredo from the first bell and took him out with a beautiful submission inside three rounds.

So, why are we doing this fight again?

In our opinion, this fight is pointless. Moreno should be moving on to fights with the other top-ranked guys at 125lb.

Instead, he’ll likely take out Figueiredo in a similar fashion at UFC 270. We’ll certainly be betting on him to do that at odds of -175. If you fancy the former champ will spring an upset, he’s priced at +145.