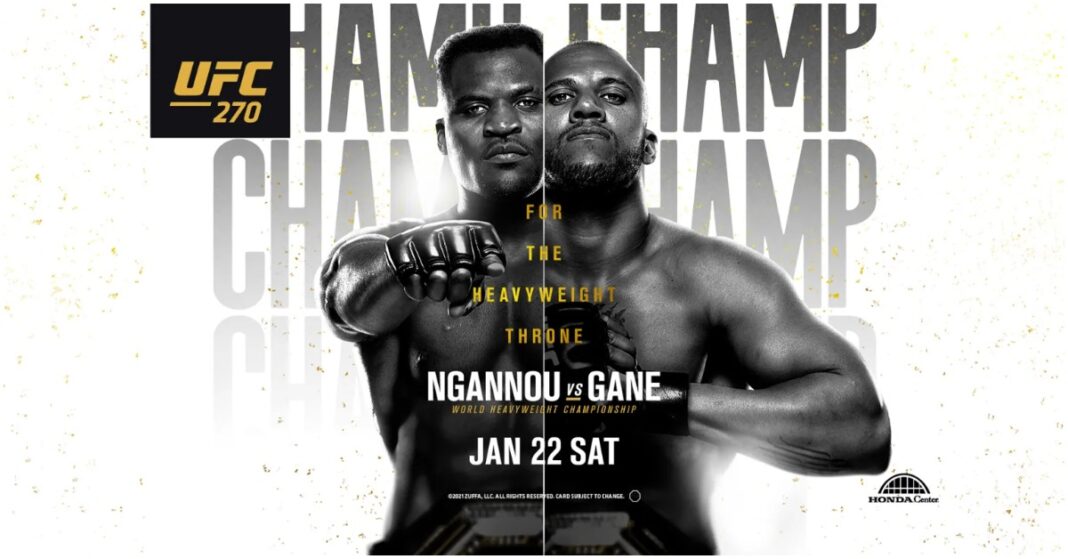 Saturday night’s UFC 270 fight card from the Honda Centre in Anaheim, California is now down to just ten fights after Rodolfo Vieira and Ilia Topuria have been forced out of their respective bouts.

The announcement that the bout between Rodolfo Vieira and Wellington Turman was announced early Friday after Vieira withdrew due to an undisclosed medical issue. This caused for the fight between Trevin Giles and Michael Morales to be moved up to the UFC 270 main card.

Vieira is widely considered to be one of the best BJJ practitioners on earth and he is 6-1 as a pro with all of his wins coming via submission. His lone loss also came via submission as he was upset by Anthony ‘Fluffy’ Hernandez at UFC 258.

Ilia Topuria vs. Charles Jourdain fight was then moved into the feature prelim spot but it was announced shortly after that Topuria had also withdrawn due to medical issues that came with his weight cut.

Topuria was initially scheduled to face Movsar Evloev but Jourdain stepped in to take the fight on short notice after Evloev pulled out due to a positive COVID-19 test, much to the dismay of Topuria.

The fight between Raoni Barcelos and and Victor Henry will now serve as the feature bout on the undercard.

The massive hit the card has taken comes just two weeks after ESPN raised the price of pay-per-views to $74.99 USD. The move was the third time that the price has been jacked up since Endeavor purchased the UFC.

The event marks the first pay-per-view of the year and the first under the new pricing format.

Do you think that the event will still be worth the price or do these withdrawals leave too much of a gap in the UFC 270 card?