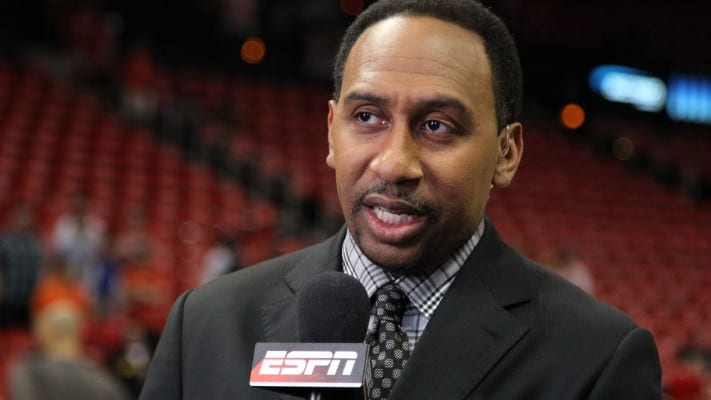 UFC 264 is set to be one of the biggest cards of the year so far. Headlined by Conor McGregor vs Dustin Poirier III, the UFC and ESPN are bringing out all of the big guns for this card, and that includes Stephen A. Smith.

According to mmajunkie.com, the teams will feature a couple of big names from the world wide leader in sports.

The commentary team will be one we are all familiar with. Jon Anik will be the play-by-play guy with Daniel Cormier and Joe Rogan providing color commentary with him.

The octagon announcer will of course be the legendary Bruce Buffer, who will no doubt be in one of his flashy suits.

The backstage reporting will feature the dynamic duo of Megan Olivi and Laura Sanko. They will conduct pre and post-fight interviews along with giving real-time updates for the event.

This event is so big that ESPN has decided to go with two different desk analyst teams. The main desk will have veteran broadcaster Michael Eaves paired up with former UFC champions Dominick Cruz and Michael Bisping. That team will also have the highest paid personality at ESPN, “First Take’ co-host Stephan A. Smith. Smith has been on the team for McGregor cards in the past. He has also come under fire from the MMA community for not having basic knowledge of the sport.

The second desk team will feature the other co-host of “First Take” Max Kellerman. Kellerman has been covering boxing for ESPN for decades now and seems more knowledgeable then his TV counterpart. Veteran MMA media member Karyn Bryant will be the anchor for the secondary team.

What do you think of Stephen A. Smith and Max Kellerman being apart of the broadcast team for UFC 264?