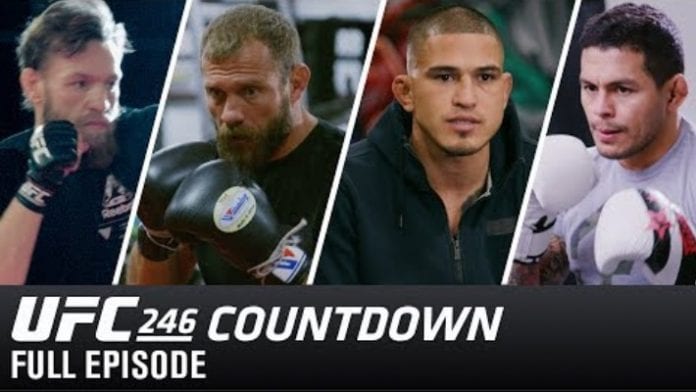 In the main event of the night, Conor McGregor takes on Donald “Cowboy” Cerrone at welterweight. It will be McGregor’s first fight inside the Octagon since October of 2018. Also, in the co-main event, former UFC women’s bantamweight champion Holly Holm takes on Raquel Pennington in a rematch. Also on the card is a lightweight scrap between former champion Anthony Pettis and Carlos Diego Ferreira.

Ahead of the show, the Las Vegas-based mixed martial arts (MMA) promotion has released the full UFC 246 Countdown special. Check it out here.

What do you think about the UFC 246 Countdown special?