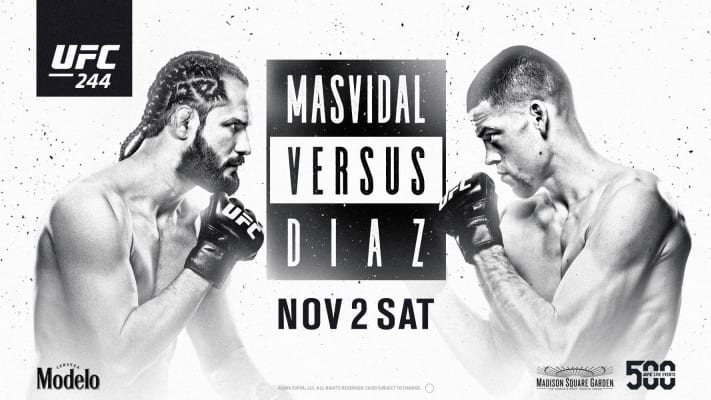 LowKickMMA will be providing you with UFC 244 results throughout the night from Madison Square Garden in New York City. In the main event of the evening, Jorge Masvidal and Nate Diaz will meet at welterweight for the Baddest Mother F*cker Championship.

Also, in the co-main event, Kelvin Gastelum meets Darren Till in his middleweight debut. The UFC has compiled one of the best cards of the year for mixed martial arts (MMA) fans to enjoy. Check out LowKickMMA’s UFC 244 results below. Also, make sure to follow along with us on Twitter @LowKick_MMA.