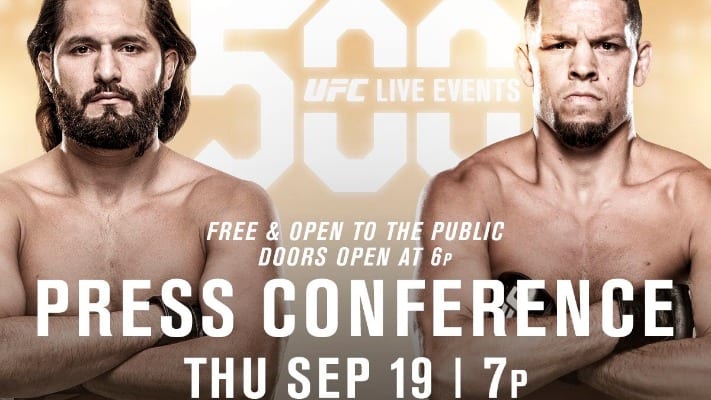 It was only a matter of time before the UFC put together a UFC 244 press conference, and now we have one.

The Las Vegas-based promotion made the announcement official on Twitter earlier today (Mon. September 16, 2019). The presser will take place this Thursday, September 19 from The Rooftop Pier in New York City at 7:00 p.m. Doors open at 6:00 p.m. and the event is free and open to the public.

UFC 244 takes place from Madison Square Garden in New York City on November 2, 2019. The pay-per-view (PPV) will be headlined by Jorge Masvidal vs. Nate Diaz in a welterweight clash, with the one-off Baddest Mother F*cker Title being on the line. UFC President Dana White has said he’s actually making a real BMF Championship to award the winner with. Perhaps the title will be unveiled at the presser on Thursday.

What are you expecting form Diaz and Masvidal at the UFC 244 press conference this week?