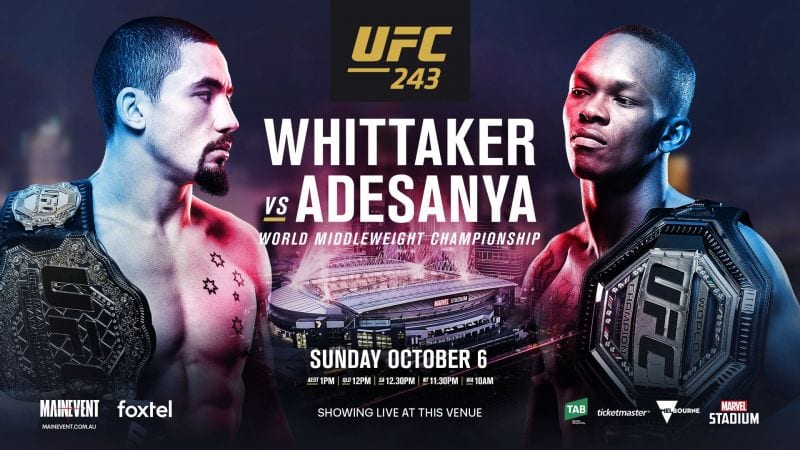 The Melbourne crowd turned out for the event with a record-breaking attendance number of 57,127, hauling in a $5.5 million gate. There were also some well-deserved post-fight bonuses handed out.

On the ESPN 2 preliminary card, lightweights Brad Riddell and Jamie Mullarkey put on an absolute slugfest for the Australian crowd. It was an epic bout that resulted in a unanimous decision win for Riddell. However, both men have been awarded an extra $50,000 for a Fight Of The Night bonus.

Also, opening up the pay-per-view (PPV) main card was a heavyweight bout between Yorgan de Castro and Justin Tafa. De Castro shook up the heavyweight division with his UFC debut, flatlining Tafa with a counter shot for the walk-off knockout. He’ll also take home an extra $50,000 for a Performance Of The Night bonus.

Finally, in the main event, Israel Adesanya shocked the mixed martial arts (MMA) world when he ran through Robert Whittaker to become the undisputed middleweight champion of the world. After a scary knockdown of Whittaker to close out the first round, Adesanya came back in the second to finish the job in violent fashion. He’ll also take home a Performance Of The Night bonus worth $50,000.

What do you think of tonight’s UFC 243 bonuses?