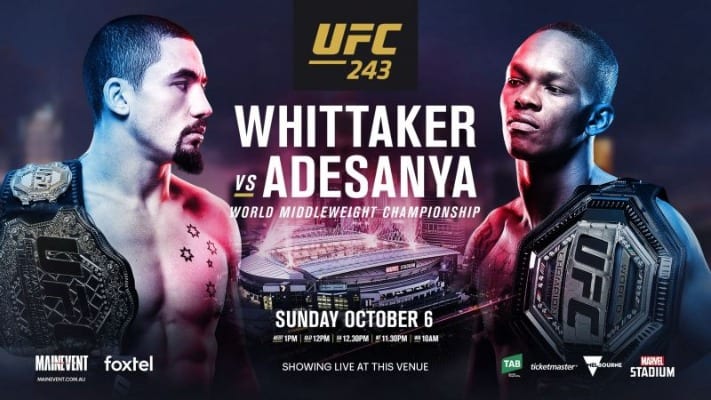 LowKickMMA will be providing you with live UFC 243 results throughout the night. The card goes down from the Marvel Stadium today (Sat. October 5, 2019) in Melbourne, Australia.

In the main event of the night, undisputed middleweight champion Robert Whittaker will take on interim champion Israel Adesanya. The pair of strikers will be part of the biggest fight in Australian history, and likely, one of the biggest in the history of the entire Las Vegas-based promotion. The co-main event will feature lightweights Al Iaquinta and Dan Hooker settling their beef as well.

Check out LowKickMMA’s UFC 243 results below. Also, make sure to follow along with us throughout the night on Twitter @LowKick_MMA: