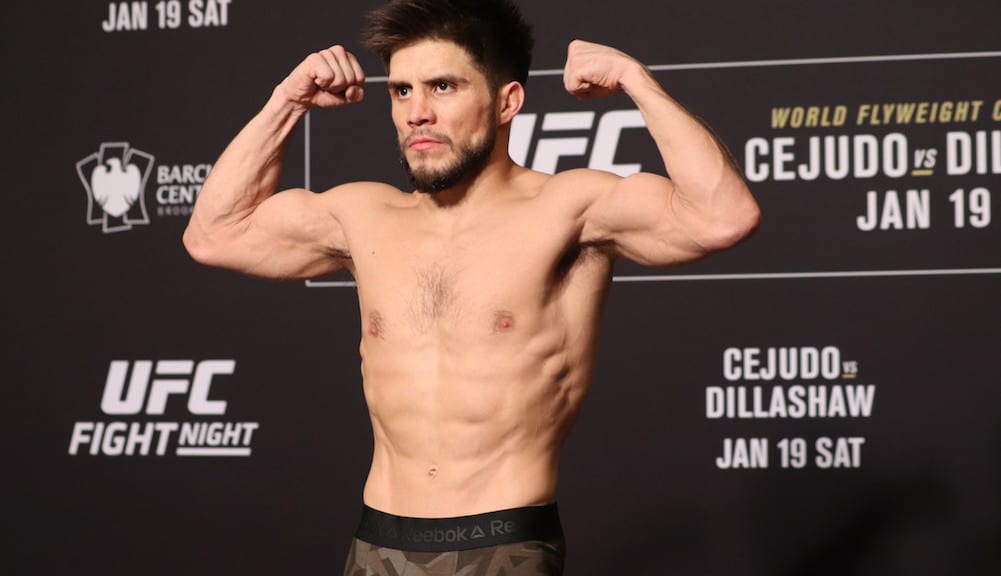 UFC 238 is quickly approaching and the ceremonial weigh-ins streaming from Chicago, Illinois is live now.

The time is nearly here. Henry Cejudo and Marlon Moraes are set to throw down in one of the year’s most awaited fights in the main event of tomorrow’s (Sat., June 8, 2019) UFC 238 pay-per-view event. This event is set to take place at the United Center in Chicago, Illinois.

In the co-headliner, Valentina Shevchenko vs. Jessica Eye in a women’s flyweight title bout. Rounding out the five bout main card is Donald Cerrone vs. Tony Ferguson in a lightweight bout, Petr Yan vs. Jimmie Rivera in a bantamweight bout, and Tai Tuivasa vs. Blagoi Ivanov in a heavyweight bout.

The fighters made weight at today’s early weigh-ins so now all that’s left is for the athletes to face off at the ceremonial weigh-ins. Join us for the video streaming live at 5 p.m. ET (2 p.m. PT) today: