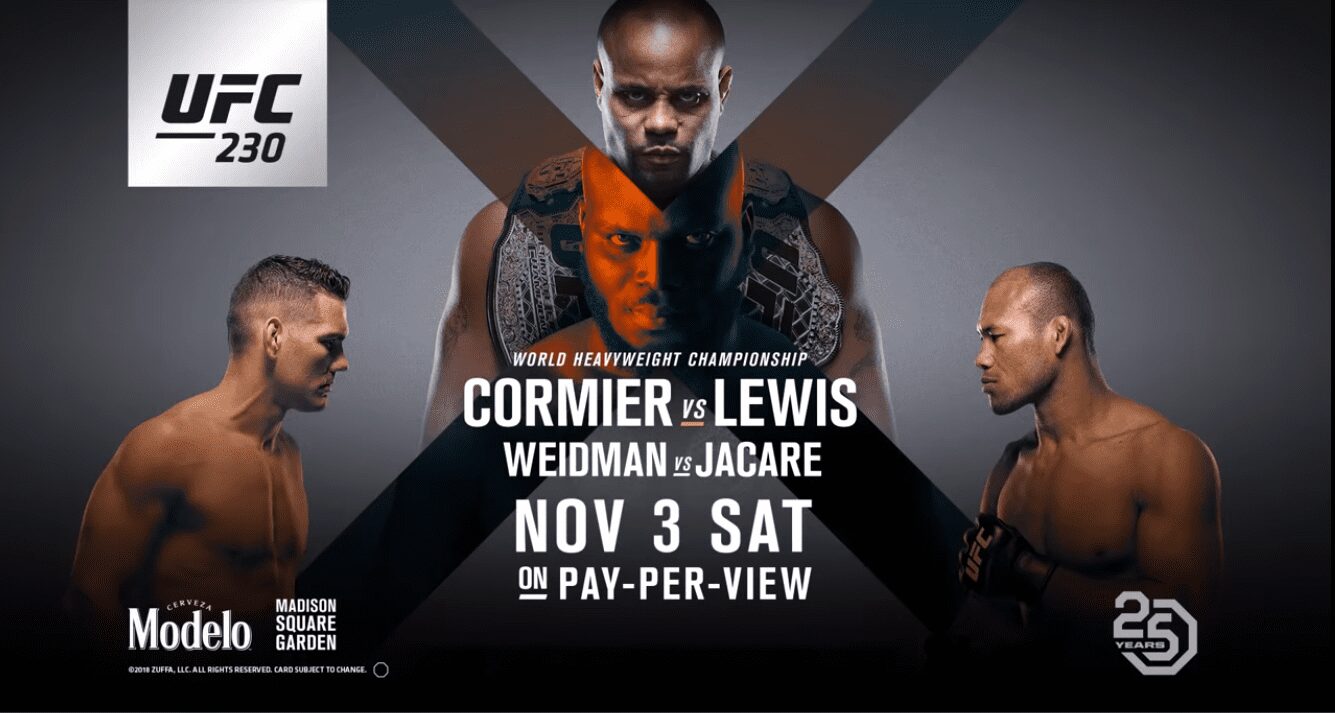 In the main event of the evening, the UFC’s “Champ Champ” Daniel Cormier will defend his heavyweight championship against Derrick “The Black Beast” Lewis. Lewis, a well-renowned knockout artist, will get his first-ever career shot at UFC gold. Also, a massive middleweight contest will serve as the evening’s co-featured bout.