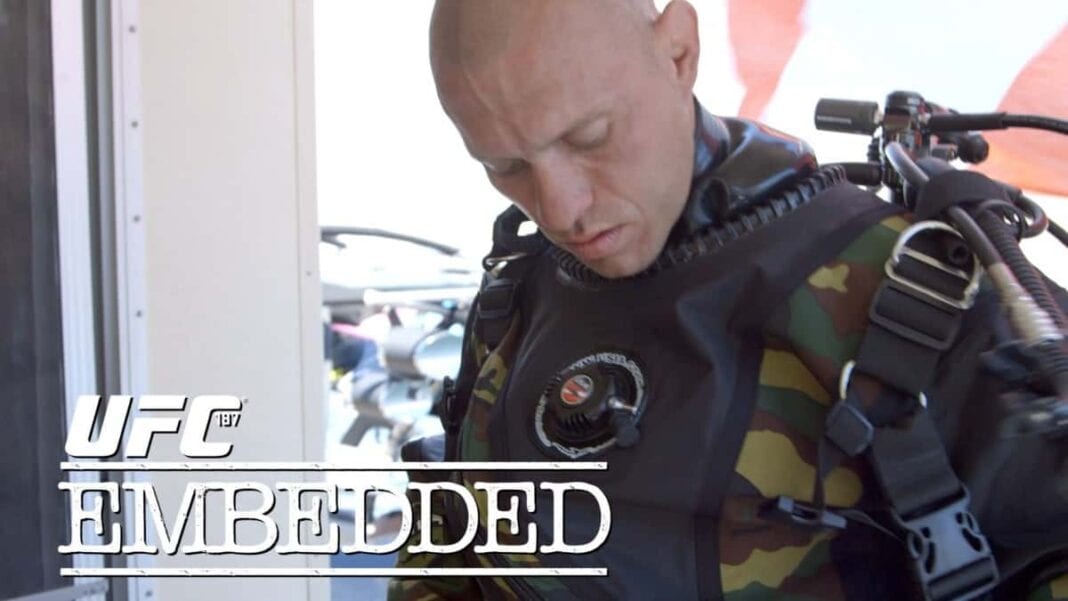 The buildup for this weekend’s (Sat., May 23, 2015) UFC 187 pay-per-view from the MGM Grand Garden Arena in Las Vegas, Nevada, continues full steam ahead with the second episode of fight week v-log series UFC 187 Embedded.

In tonight’s (Tues., May 19, 2015) episode, lightweight contender Donald Cerrone goes out on his boat to do some scuba diving. He then goes to purchase some hand-rolled cigars, learning the process from a cigar roller.

Out west in San Jose, light heavyweight title contender Daniel Cormier talks about driving his Toyota Prius until moving on to touch on his oft-discussed weight cut. Cormier says he’s in good shape and prepares to make the trip to Las Vegas.

Cormier slams the Prius shut and heads for Vegas, while middleweight champion Chris Weidman jokes about his dietary secrets. Weidman quickly switches his tone to something serious, however, recalling the long line of decorated Brazilian opponents that he’s beaten. The champ added that he’s toppling one Brazilian legend at a time and will add Vitor Belfort to that list this weekend.

Weidman gets ready and heads to the airport with his family in New York, making the long trip to Las Vegas to finally go to war in his long-awaited title defense against Belfort. Check out all of the action right here: