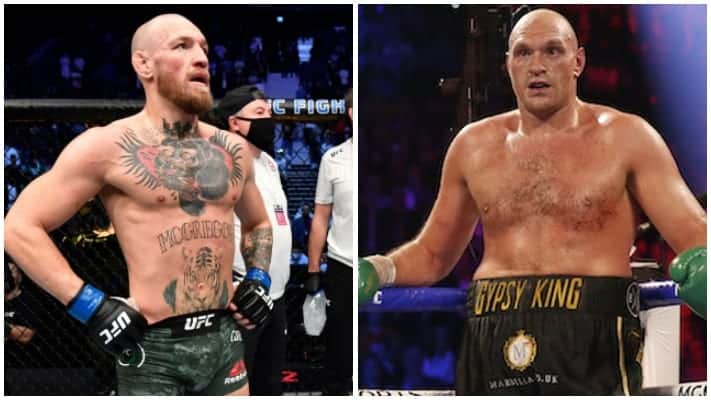 ‘Notorious’ had spent more than one year out of the cage prior to his bout with Poirier in Abu Dhabi. Since 2016, the Irishman has been largely inactive, fighting just three times in MMA.

Fury is no stranger to inactivity. ‘The Gypsy King’ spent three years out of the ring battling addiction and depression. In 2018, he returned to fighting and opted to take two warm-up bouts before stepping in with heavyweight king Deontay Wilder.

In an interview with Gareth A Davies, Fury backed McGregor who pointed to inactivity as the reason he failed to beat Poirier at UFC 257.

“If you had three fights on the bounce after you’d never been in the ring for three years, in the third one you’d be ten times better than the first,” Fury concluded. “I’ve always known it. Because I’m a boxing historian I’ve always known about the inactivity.” (Transcribed by Talk Sport)

Do you agree with Tyson Fury? Did inactivity cause Conor McGregor to lose at UFC 257?