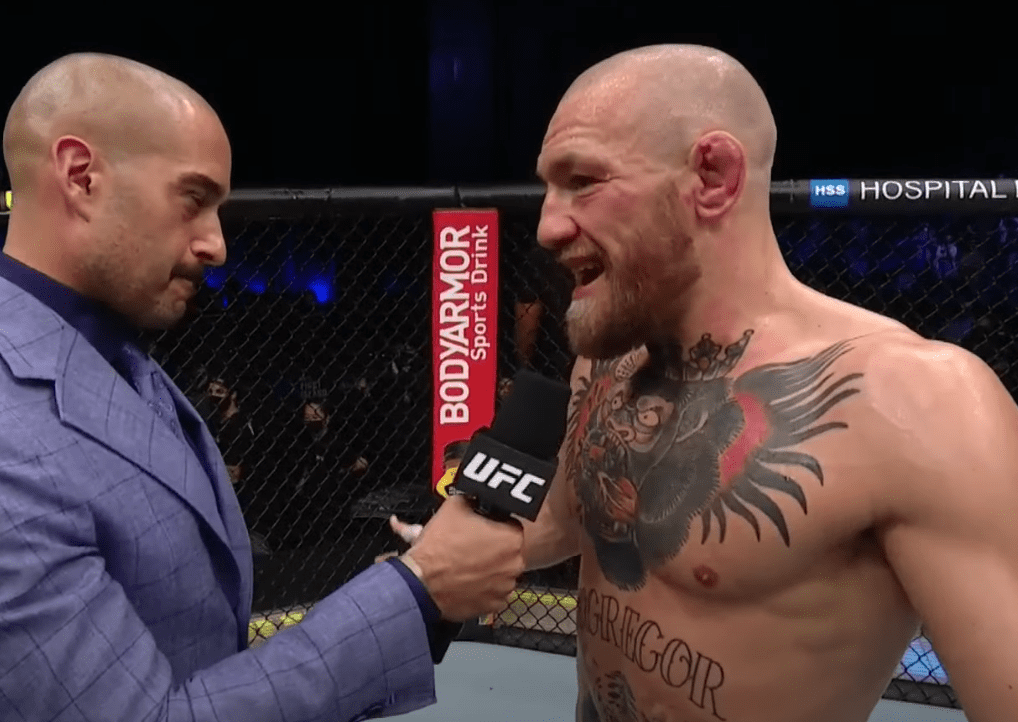 Conor McGregor blamed inactivity for his defeat to Dustin Poirier.

McGregor suffered the first knockout defeat of his career after falling to Poirier in the second round of their UFC 257 headliner on Saturday night.

In what was one of the most shocking moments in the sport’s history, many were quick to speculate what led to McGregor’s defeat.

As far as the Irishman is concerned, it was his inactivity over the last few years that played a major role.

“You know, it’s hard to overcome inactivity over long periods of time and that’s just it,” he said in his post-fight interview (via MMA Mania). “The leg kicks were good. That low calf kick was good. The leg was dead and then … I just wasn’t as comfortable as I needed to be. It’s inactivity and that’s it.

“But Dustin Poirier is some fighter. If you don’t put in the time in here, you’re going to get cold in here. I’ll have to dust it off and come back and that’s it, and that’s what I’m going to do.”

McGregor is also seemingly looking to return to action sooner rather than later — especially with his fight with Poirier being his first in just over a year.

“Of course, I need activity you guys, come on,” McGregor added. “You don’t get away with being inactive in this business and that’s the way it is. I’ll take my licks. I’m gutted, I’m gutted. I put so much work in. Well done Dustin, good man. It’s a tough one to swallow. I put in a lot of work, I’m proud of my work. I’d like to have represented my team a bit better, but we’ll get to go again and that’s it.

“I’m going to go home to my kids in the hotel and just chill for a bit and regroup and that’s it.”

What do you think led to McGregor’s defeat?