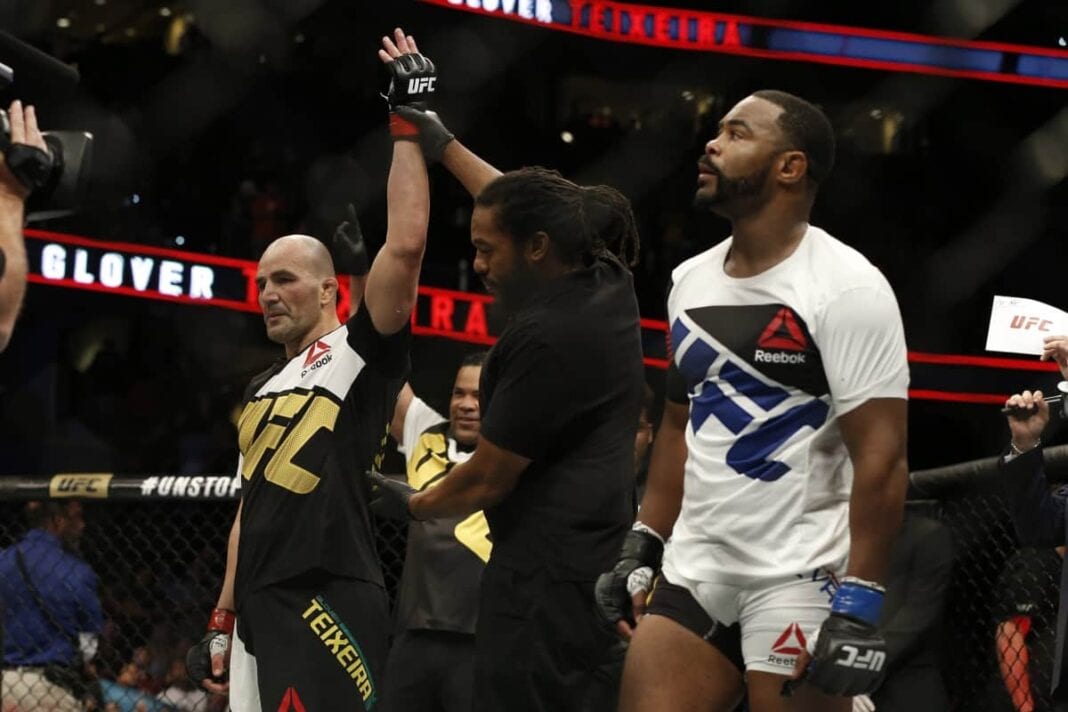 UFC on FOX 19 popped off tonight (Sat. April 16, 2016) on network television from the Amalie Arena in Tampa, Florida. Despite losing the much anticipated lightweight contender bout between Khabib Nurmagomedov and Tony Ferguson, the night was not without compelling scraps or highly-ranked fighters.

Glover power in tight is something else. Rashad gave him no reason to NOT come forward. #UFCTampa

Nice of #UFCTampa not to cut into #Bellator152

What else does Rashad have to prove? Was a great fighter in his day, apparently it is no longer his day.

Damn, Rose just got clipped so hard that Pat Barry fell down. #UFCTampa

Gotta get to that local news! https://t.co/yryjHGI9ZP

In other main card action, Khabib Nurmagomedov made his long-awaited return to the Octagon against late replacement Darrell Horcher. After a first round that saw “The Eagle” feel Horcher out and find his rhythm, he took over in round two for a ground and pound TKO from back mount. Here’s the reaction to Nurmagomedov’s return:

“I’m in the UFC, but I have to fight Khabib.” pic.twitter.com/ogHpat2Jkn

Haha, Joe Rogan dumps a gallon of shade all over Philipe Nover by saying Horcher’s “never fought anyone even remotely UFC calibre.””

Why did Khabib stop fighting bears? Because they started training. They’re coming for revenge! #UFCTampa pic.twitter.com/iW3Nsiy7Kf

Also in the featured prelim, Michael “The Maverick” Chiesa locked up the biggest win of his career, submitting jiu jitsu wunderkind and #7 lightweight Beneil Dariush. Check out the reaction here:

Chiesa just smashed through his jaw with crossface like Shinya Aoki. What a sudden finish. Chiesa’s RNC, what an outta nowhere MMA finisher.

Chiesa does it again. 2nd high level MMA grappler he submitted. Jim Miller the other. Dariush has been in 50 BJJ tourneys all top 3 finishes

“He’s got it across the neck!!” – J. Rogan, confused on neck location

Chiesa says fuck your jaw, your neck, your blood flow, and your favorite mixed drink. #UFCTampa

Wow! Awesome finish by Chiesa! Was NOT expecting that!