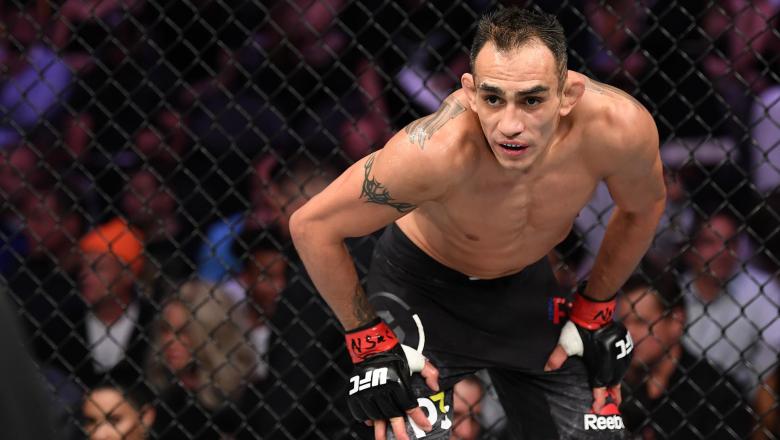 Tony Ferguson has laid out a warning to Charles Oliveira — don’t show up too overweight or their fight is off.

The pair of lightweight contenders meet in a pivotal three-round bout in the co-main event of UFC 256 this weekend. The fight was notably made on three weeks’ notice with Oliveira — currently on a seven-fight winning streak — deciding the rewards far outweighed the risks.

However, if he thinks he can use the excuse of the short notice to come in three to four pounds overweight, he’s mistaken. Ferguson claims he won’t fight Oliveira if that is the case.

“At the beginning of this camp, I made a conscious decision to trust in what got me here and the results are amazing,” Ferguson wrote on Instagram. “I have been competing in athletics for over 30 years and making weight the same amount of time. Weight is good and eating right.

“I am counting on the Brazilian Charles Oliveira and others to come in overweight like usual. So I’m calling it now. Case law. Short notice fight, Charles Oliveira will not cut weight all week and show up 3-4 pounds over weight and use the excuse of a short notice fight. If he shows up that much overweight, we are not competing. So crew, make sure you visit the kid’s page and encourage him to make weight if you want to see a fight.”

Oliveira has a history of missing weight as he has done so four times. However, all of them came when he was competing at featherweight.

Since moving up to lightweight, the Brazilian hasn’t really struggled to make the 156-pound limit for non-title bouts. Could the short notice affect things? We’ll find out during weigh-ins on Friday.

Do you think Oliveira will make weight?