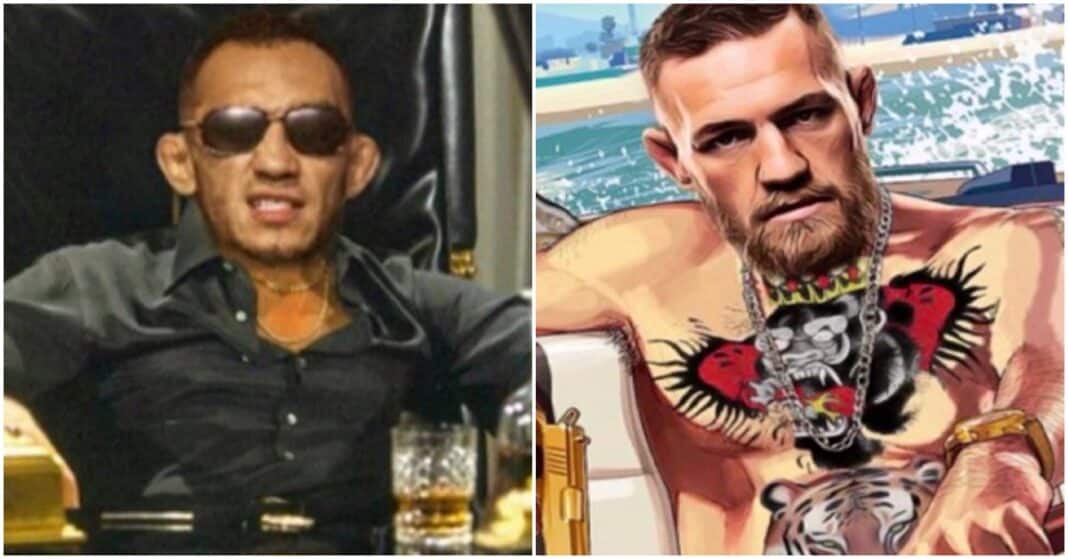 Tony Ferguson has taken to social media to call out Conor McGregor.

On Thursday, ‘El Cucuy’ directed back-to-back tweets at ‘Notorious’ who he claims to have unfinished business with.

The two men are long-time lightweight standouts who are yet to square off against one another inside the Octagon.

“Unfinished Business,” Ferguson wrote alongside a picture of him and McGregor.

The former interim lightweight champion then posted some of his highlights and asked, “Where You At Mcnuggets?”

Ferguson has been relatively quiet since suffering his third straight defeat at UFC 262 back in May. The Mexican-American fighter was dominated by Beneil Dariush over three rounds and seemed to be a shadow of his former self during the fight.

The former interim lightweight champion had been hoping to get back to winning ways after a disastrous 2020. Ferguson was due a title shot but the ongoing global pandemic scuppered plans for him to face off against Khabib Nurmagomedov.

The fan favourite would instead fight Justin Gaethje for an interim title at UFC 249. Despite one very brief moment of success, ‘El Cucuy’ was beat up for five rounds before the referee, Herb Dean, mercifully waved off the fight in the final frame. The loss snapped Ferguson’s 12-fight win streak which remains the best in UFC lightweight history.

The 37-year-old looked to rebound at UFC 256 against Charles Oliveira. Ferguson was once again dominated but in an entirely different way. The Brazilian submission specialist was able to out grapple Ferguson over 15 minutes and only extreme levels of toughness allowed Ferguson to survive a deep armbar attempt and go to the judges’ scorecards who unanimously gave the fight to Oliveira who has since gone on to win the UFC lightweight title Ferguson has coveted for so long.

McGregor is currently healing up after suffering a fractured tibia and fibula at UFC 264. The Irishman had been hoping to avenge his UFC 257 KO loss to Dustin Poirier, but things did not go as planned and now he is riding a two-fight winless streak.

Do you want to see Tony Ferguson take on Conor McGregor?