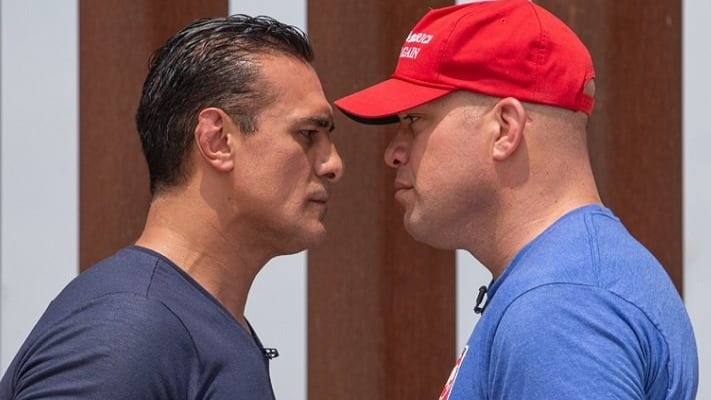 Tito Ortiz has become an even more massive betting favorite over Alberto Del Rio ahead of their clash for Combate Americas.

Ortiz and Del Rio (also known as Alberto El Patron) will meet in the main event of Combate Americas: Hidalgo on December 7 from the Payne Arena in Hidalgo, Texas. The fight will take place at a catchweight of 210 pounds, with Ortiz putting up his old UFC title belt for grabs, and El Patron – a longtime professional wrestling star – putting up his old WWE belt.

Per BestFightOdds, Ortiz initially opened up as a -750 favorite, with El Patron as a +450 underdog. Now, with updated odds, Ortiz has moved up to a massive -1100 favorite, with El Patron now a +700 underdog. The event will certainly be one to keep your eyes on. Today (Mon. November 25, 2019) Combate Americas and FITE – the global digital platform specializing in premium combat sports – announced a joint distribution agreement for the pay-per-view (PPV) show.

The program will begin at 8:00 pm ET, with both English and Spanish commentary feeds available. FITE CEO Kosta Jordanov had this to say about the partnership, “We’ve long admired the content that Combate Americas delivers to massive audiences and wanted to be their distribution partner when they announced this stellar attraction.”

Combate CEO, Campbell McClaren, also commented on the partnership, saying, “Combate Americas has been consistently delivering millions of global viewers to its live streams with every one of our events, so we immediately thought of FITE when we decided to offer this premium event via global pay per view.”

Check out the Combate: Hidalgo fight card below.

Will you be betting on Ortiz vs. El Patron? Who are you picking to come out on top?