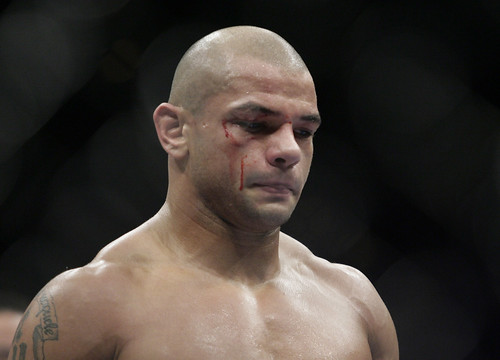 Thiago Alves and Martin Kampmann will face off in a Welterweight contest that may not have title shot implications, but will have definite impact on the rankings in the weight division.

This battle of two accomplished strikers will take place on Saturday in Australia, but due to the pesky International Date Line the fight will be broadcast on Friday in North America, something to definitely keep in mind, so you don’t miss this one.

These two may have had limited success in their recent endeavors, so they very well be looking to make a statement in Sydney.

Here’s a look at Alves and Kampmann head to head:

Let’s face it, everyone expects the majority of this fight to take place standing and unlike the recent Nick Diaz versus Carlos Condit match up, don’t expect these two to deviate from that game plan.

Alves has devastating power in his lowkicks as well as very powerful knee strikes, but to deliver these he will need to get in close on the long and lanky Kampmann, something he may have trouble doing as Kampmann will look to keep him at bay with his jab.

The key to the striking battle will be frustration.  Which fighter will be able to frustrate the other more effectively?  If the jab of Kampmann can get Alves rattled he may leave himself open with wild punches. If Alves can sneak enough kicks in to frustrate Kampmann he may draw Kampmann into a brawl, which will benefit the more powerful Alves.

Both fighters have brown belts in Brazilian jiu-jitsu but Alves doesn’t tend to utilize his ground skills as much as Kampmann does. Alves has shown a level of comfort on the ground both on offense and defense, even utilizing forcing his last opponent to tap out to rear naked choke.

The honest truth is that the ground may be Kampmann’s best chance at victory so I would expect his game plan to focus on getting the fight there.

And this is how Kampmann will get the fight to the ground.  If he can clinch (and hold Alves in that clinch) he will look to take Alves to the ground much like he did Rick Story.  However, if Kampmann leaves an opening during the clinch, he will surely eat strikes from Alves and that could very well cost him the fight as well as his consciousness.