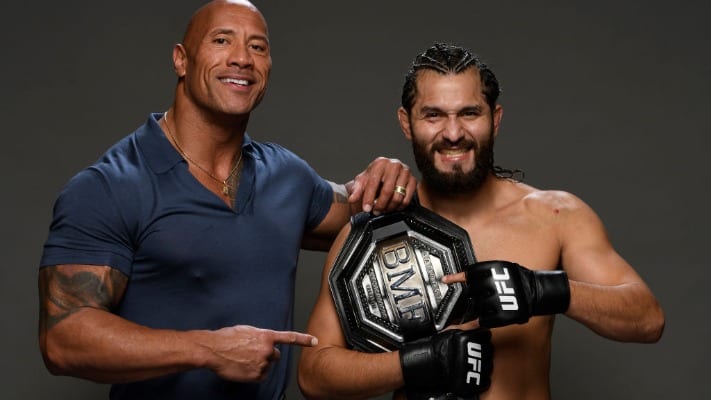 One of many attractions for this month’s UFC 244 pay-per-view (PPV) event was the involvement of WWE legend and Hollywood megastar, The Rock.

“I congratulated him of course and I talked to him about what this opportunity meant and how this BMF title that is somewhat polarizing in the sport of MMA — some guys were behind it and some guys weren’t — but again, this is this unique experience that kind of transcends weight divisions and the sport because it has such street cred,” Johnson said.

“There’s incredible champions who are incredibly disciplined and skilled in multiple disciplines of MMA, and then there’s the BMFs. So I was very happy for Jorge… So I reminded him what an incredible opportunity this is and to take advantage of it and continue to work hard as of course he is going to do.

“And also, he’s got a sharp wit about him which makes him very likeable. He loves to talk sh*t, as we all do down in Miami, but he also has a cool, sharp, smart wit about him and he’s got his head in the right place, and his head being in the right place is wanting to do everything he can to impact his own bottom line, impact the company’s bottom line, which will in turn generate more income for himself and the fighters. So he’s really making sure that his value is realized.”

Now, Masvidal has plenty of options for his 2020 return. He could wait for the winner of the welterweight title fight in December between Kamaru Usman and Colby Covington, try for a money fight with Conor McGregor, or continue to pursue the boxing fight he has called for with Canelo Alvarez.

No matter what “Gamebred” decides to do next, one thing is for certain, the combat sports world will be watching intently.

What do you think about what The Rock told Masvidal after winning the BMF Title?