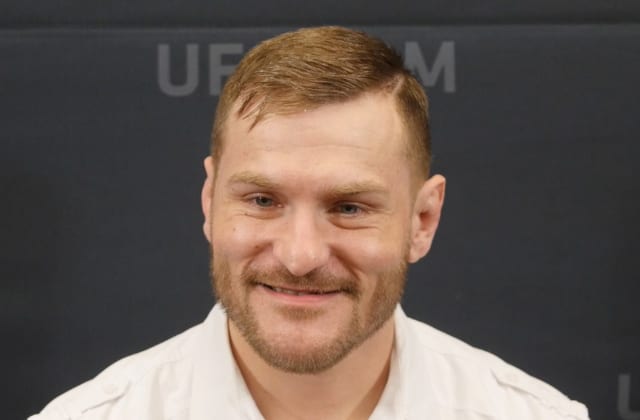 Logan Paul is set to face Floyd Mayweather in an exhibition boxing match next month while his brother Jake is reportedly slated to box Ben Askren in March.

Jake, in particular, has been calling out a number of MMA fighters for a boxing match ever since his knockout of former NBA point guard Nate Robinson in November. Among the names he has called out since include Conor McGregor and Dillon Danis to name a few.

And while many are favoring him over Askren, Miocic believes Jake and his brother shouldn’t be biting off more than they can chew — even if they are bringing more publicity to the sport.

“I mean, they say social media is a motherf*cker,” Miocic said on the Pat McAfee Show. “They’re doing it right, it’s helping boxing, but also it’s helping everything because they’re calling UFC fighters out, too. Or even the Bellator guys.

“Don’t bite off more than you can chew. I mean, yes, you may be a tough guy, but Askren has been in some scraps. That dude’s been around, you know, fighting and wrestling and all that. I tell people like, you get into a fight on the streets — look at the dude’s ears first. If the dude’s ears are cauliflowers, you walk away. I would walk away!”

That said, Miocic wishes them the best but reiterated his warning.

“I wish them all the best,” Miocic added. “I understand why they’re doing it, it’s all about the money. But at the same time, don’t bite off more than you can chew.”

The next few months will certainly show us if they have indeed bitten off more than they can chew.

What do you think of Miocic’s comments?