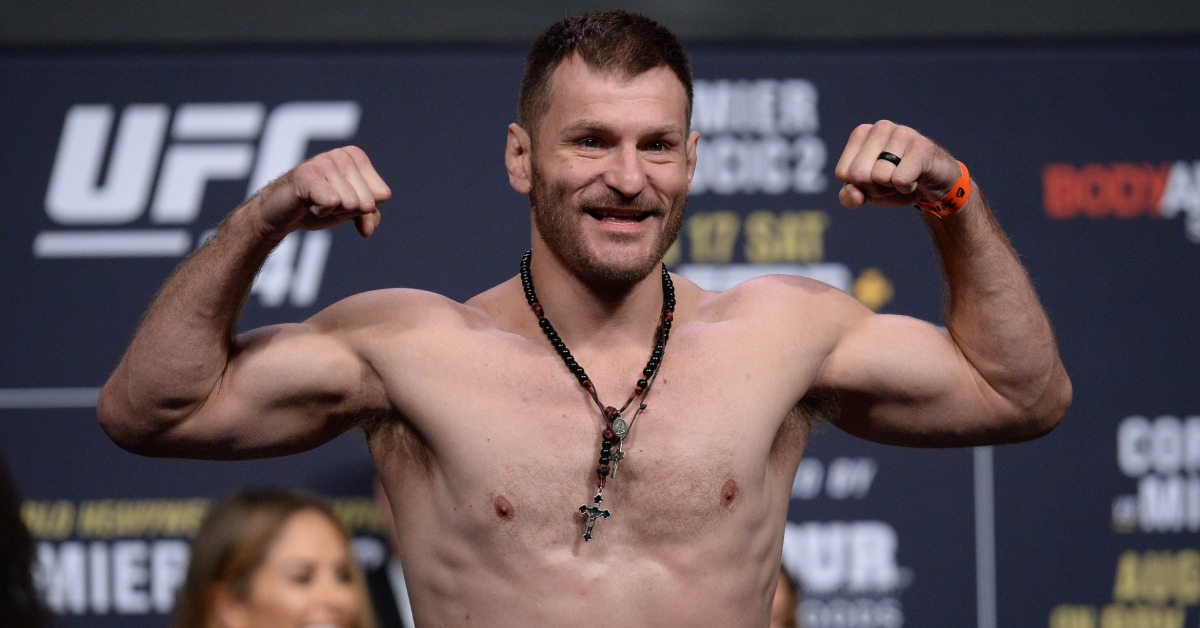 Miocic had been rumored to be slated to fight Jon Jones earlier this year, but contract negotiations never materialized. Jones has held out for nearly two years amidst an ongoing contract dispute with the UFC brass and president Dana White.

Miocic won his trilogy with Daniel Cormier before losing in a rematch against Ngannou at UFC 260. He’s hinted at a possible move to another promotion on social media and has appeared unhappy with the heavyweight title picture.

During a recent interview with Ariel Helwani on The MMA Hour, Miocic talked about the prospects of a Ngannou trilogy.

“I want that trilogy fight, that was mine and I want it back,” Miocic said. “I’d get a trilogy, get my shot back at a title, get my belt back. Back to normal. Everything’s back to normal.”

Miocic also sounded off on a possible No. 1 contender fight with Jones.

“I think [Jones] wanted it or something, I don’t know the whole story but yeah, I’m down,” Miocic said. “He wants a title shot, I know he’s one of the greatest of all time, but you’ve gotta wait for your order. It’d be like me going to light heavyweight and saying ‘Well I want a shot’ and skipping over him. He’d be pissed too.”

Miocic is widely regarded as arguably the greatest UFC heavyweight of all time. During his two previous title reigns, he defended the belt four times including against former champions Cormier and Junior dos Santos.

Miocic’s next matchup in the UFC remains unclear. But, by the sounds of it, he’s laser-focused on another shot at the title.

What do you think should be next for Stipe Miocic?