LowKickMMA.com
Home UFC News Should The UFC Give Conor McGregor Shares In The Company? 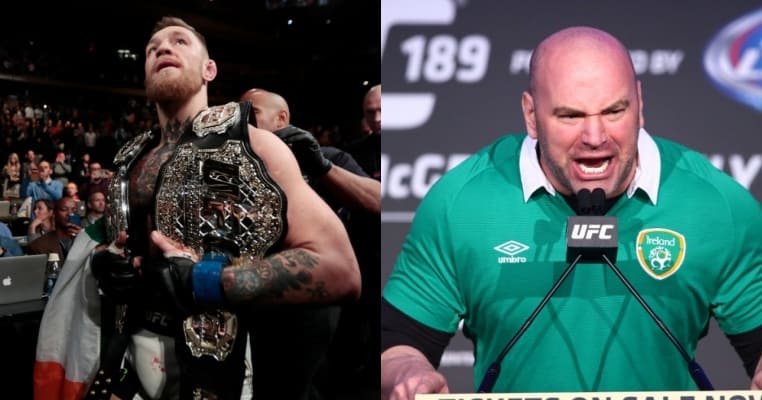 After UFC 205, two-weight champion Conor McGregor exited the octagon with two belts. As well as the lightweight and featherweight titles, ‘The Notorious’ enjoys a sway with the UFC brass that nobody has before. Taking out Eddie Alvarez with seemingly no trouble, McGregor fulfilled his prophecy, or at least part of it. Back in 2014 the Irishman had predicted he’d win two belts and hold shares in the company. During the UFC 205 post-fight presser, McGregor demanded a piece of the UFC pie.

Let’s put things in to perspective here, no single fighter in UFC history has had the gall to ask for shares in the company. Where does McGregor get the cojones to ask for a piece of the pie? In reality, love or hate him, the brash Irish banger actually makes a good argument. Obviously there’s a huge decision to be made by the UFC brass here, with many pros and cons.

Now owning the title of biggest PPV draw in the UFC, McGregor’s numbers don’t lie. Check out some serious stats: Right before the UFC sold for $4.2 Billion, McGregor’s PPV numbers totalled an outstanding amount. Between July 2015 and March 2016, ‘The Notorious’ boasted an estimated 3.5 million buys. Adding UFC 205 to the 12 months prior, McGregor’s estimated 6 million buys is simply incredible.

The entire UFC roster only managed to bring in 3.5 million buys in 2014, and ‘The Notorious’ doubled that in just four events over one year. With stats like that, it comes as no surprise that McGregor wants a piece of that lucrative cake. 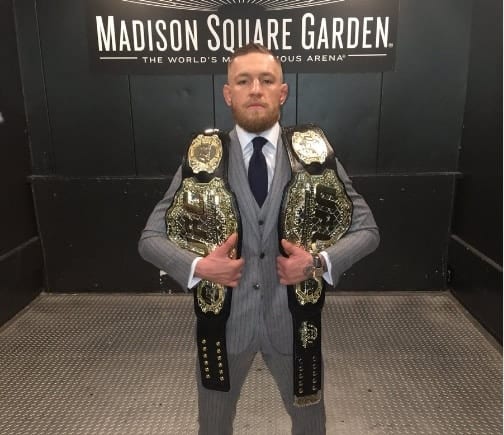 The potential benefits of allowing McGregor to take part ownership are few, but rather poignant. If the Irish star were to get a piece of the pie, the promotion would essentially be able hang their profits off his back for a lot longer. As we saw with his protest over UFC 200, McGregor is not afraid to use his power in the opposite direction. Although he’s under contract, ‘The Notorious’ is not obliged to ever fight again, regardless of titles.

Another interesting factor is the entertainment value and draw of the showman McGregor. He knows how to sell an image and a fight, and this may prove valuable to the new owners and stake holders. There are, however, some drawbacks with giving their biggest star a slice of UFC pie. The blowback from other fighters could prove costly. Consider this-if Jose Aldo was wanting to retire over McGregor vs. Alvarez, imagine the promotion-wide impact of ‘The Notorious’ owning equal equity in the UFC.

Aside from the negative reactions, what’s to stop these kinds of demands becoming more common? With a fighters union/association now on the horizon and drawing closer, this could later prove as some kind of leverage against the UFC. There’s likely many more unseen variables on both sides of the fence.

One thing is certain, though, the Conor McGregor show is set to run for a few seasons more, at least. Are you enjoying this wild and unpredictable ride?