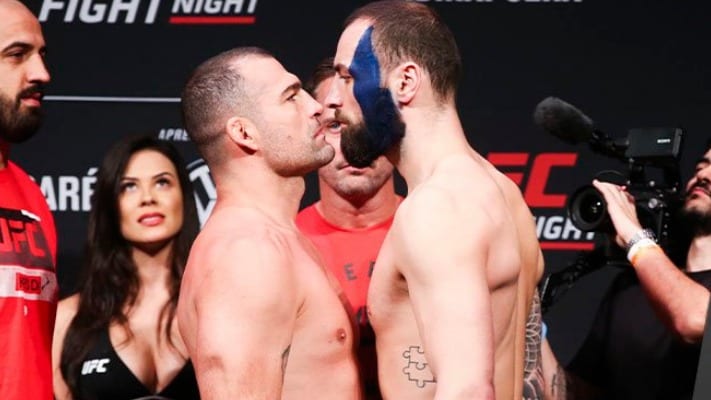 Shogun Rua and Paul Craig are running it back.

Rua and Craig first met last November in the co-main event of UFC Sao Paulo. Entering the fight, many believed the Brazilian would get his hand raised at home. Yet, that was not the case as Craig won the first round with one judge scoring it a 10-8. Rua then rallied to win the second and third round on two of the three judges scorecards. But, it was not enough as they fought to a split draw with the scorecards being 28-28, 29-28, 28-29.

After the event, many thought a rematch would be next but Rua would go on to fight and beat Antonio Rogerio Nogueira. Craig, meanwhile, went on to submit Gadzhimurad Antigulov on the same Fight Island card.

Now, according to ESPN’s Ariel Helwani, Rua and Craig will be running it back on November 21 at UFC 255.

“Shogun Rua vs. Paul Craig 2 is booked for UFC 255 on Nov. 21, sources say. No location yet. The light heavyweights fought to a split draw last November,” Helwani tweeted.

This is a fight many fans thought would happen again and it is a scrap both men have wanted.

Shogun Rua is a legend of the sport and has said he only has a couple of fights left. If he goes out and beats Craig he would extend his unbeaten streak to four. He is also a very impressive 5-1-1 in his last seven. The Brazilian is ranked 14th and with a win could get a top-10 guy.

Paul Craig, meanwhile, is ranked 15th in the division and is 5-4-1 inside the Octagon but has notable wins over Magomed Ankalaev and Kennedy Nzechukwu.