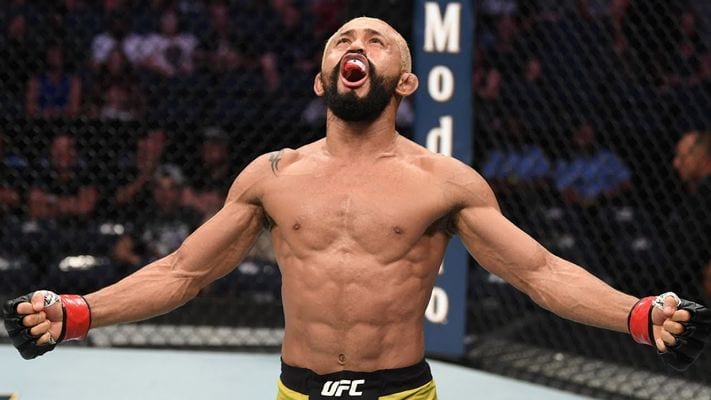 Two title fights have been added to UFC 255. We have former bantamweight champion Cody Garbrandt moving down to take on flyweight champion Deiveson Figueiredo. In an explosive match up that’s sure to end in with someone laying on the canvas. While women’s flyweight champion Valentina Shevchenko is coming back to defend her title against Jennifer Maia.

ESPN’s Brett Okamoto broke the news that the world’s leading MMA promotion is planning both of these tittle fights for UFC 255, which will take place on November 21 at a to-be-determined location. UFC president Dana White confirmed both bouts are official. ESPN’s Ariel Helwani later added that Figueiredo has signed a new, six-fight contract with the UFC.

Figueiredo vs. Garbrandt has been heavily rumored in the last few weeks after Deveison Figueiredo destroyed Joseph Benavidez in their rematch on Fight Island to win the vacant UFC flyweight title. Not long after Figueiredo won the belt, Garbrandt said that he wanted to move down to flyweight and get an immediate title shot. His manager Ali Abdelaziz was able to get the deal done. Garbrandt, fresh off of a “KO of the Year” candidate against Raphael Assuncao at UFC 250, will now get a chance to fight for a second UFC title. (R/T BJPenn.com)

On the other side we have Valentina Shevchenko returning after 6 months, coming off her dominant performance against Kaitlyn Chookagian. Her opponent Jennifer Maia is coming off a great fight against Joanne Calderwood, where she flustered the Scott standing, before earning a submission victory early.

Who do you think will win these awesome flyweight title match ups?