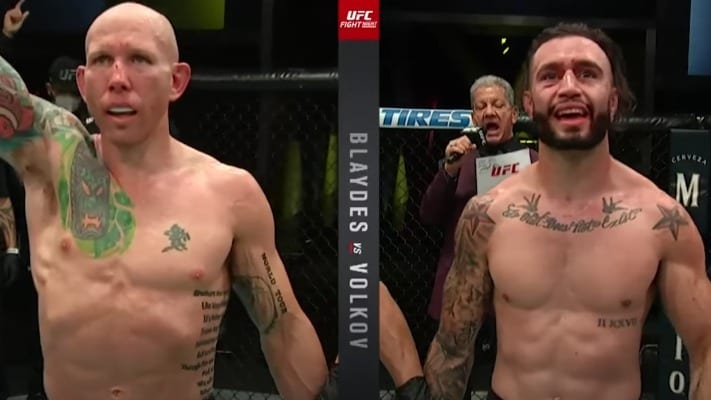 Shane Burgos has vowed to come back stronger.

Burgos fought Josh Emmett in the co-main event of UFC Vegas 3 on Saturday night in what was a highly-anticipated affair. It certainly lived up to the hype as it was a back-and-forth war with Burgos having some moments of success in the first round with Emmett notably tearing his ACL early on.

However, Emmett fought threw the pain as he managed to land the cleaner shots throughout and even dropped Burgos twice in the third and final round. In the end, all three judges scored it for the Team Alpha Male fighter.

Burgos Has No Excuses

For Burgos, it was a disappointing result as it ended a three-fight winning streak and was also just his second professional defeat. However, he is taking the setback well as he took to Instagram on Sunday.

“Last night didn’t go my way. Even with the devastation of the loss that might have been the most fun I’ve had in a fight. Felt great all week, had a phenomenal camp, i have no excuses. I really wish we could have had two more rounds but is what it is. Thank u all for the love and support and hats off to @joshemmettufc thank u for that unforgettable war. Big shout out to the @ufc and @danawhite for keeping the ball rolling and giving us the opportunity to fight and provide. Excited to get back to my baby girl and get right back to work! This is all part of God’s plan for my life and I trust in him. I will be back soon..”

What did you think of Burgos’ performance? And who do you want to see him face next?