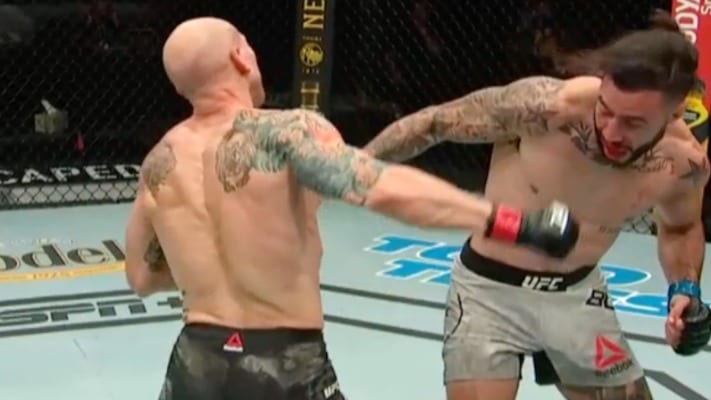 Josh Emmett made it three wins in a row after a back-and-forth war with Shane Burgos.

The featherweight contenders met in the co-main event of UFC Vegas 3 on Saturday night in a highly-anticipated fight, and it certainly lived up to the hype.

Emmett blew his ACL early on in the fight but landed the cleaner shots overall as both fighters were swinging for the fences throughout. Emmett even dropped Burgos multiple times in the final round on his way to a unanimous decision victory.