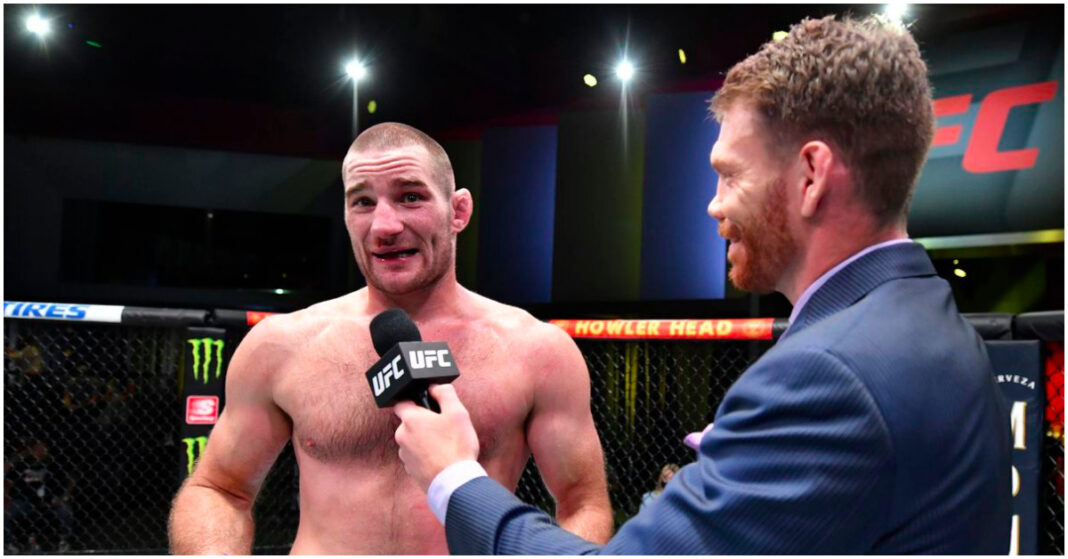 If you ever thought that Sean Strickland was perhaps a little bit homophobic then you best think again.

Ahead of his Fight Night main event with Jack Hermansson this weekend, Strickland debunked any notion that he may not be fond of gay men in what can only be described as a sound bite for the ages.

“By the way, when I make fun of gays dude, I f***in’, I love gay men dude, Strickland said. Gay men are awesome. Lesbians, not so much, lesbians f***in’ hate me. Lesbians look at me like the guy who hurt them. I’m not the guy, I’m not your father.”

Throughout his career, Strickland has been no stranger to creating off-the-cuff, erratic sound bites. Before his bout with Uriah Hall in July, the two engaged in a back and forth that ultimately led to Strickland admitting some pretty morbid details regarding his aspirations as a fighter.

The 30-year-old is perceived by many to be homophobic following his comments on potential having a gay son.

“If I had a gay son I would think I failed as a man to create such weakness,” Strickland said.

Sean Strickland Can Enter Title Picture With Win Over Hermansson

With a solid performance and decisive victory over Jack Hermansson this Saturday at the UFC Apex in Las Vegas, Strickland can put himself in a position to call out 185-pound king Israel Adesanya.

Adesanya is currently set to run it back with number one-contender Robert Whittaker and with a win, he will have no shortage of new contenders banging at his door including Strickland. With Adesanya having already collected wins over Whittaker, number two contender Derek Brunson and third-ranked contender Marvin Vettori twice, ‘The Last Stylebender’ may be looking for some fresh blood to put up his belt against.

Do you think Sean Strickland gets a title shot with a win over Hermansson?