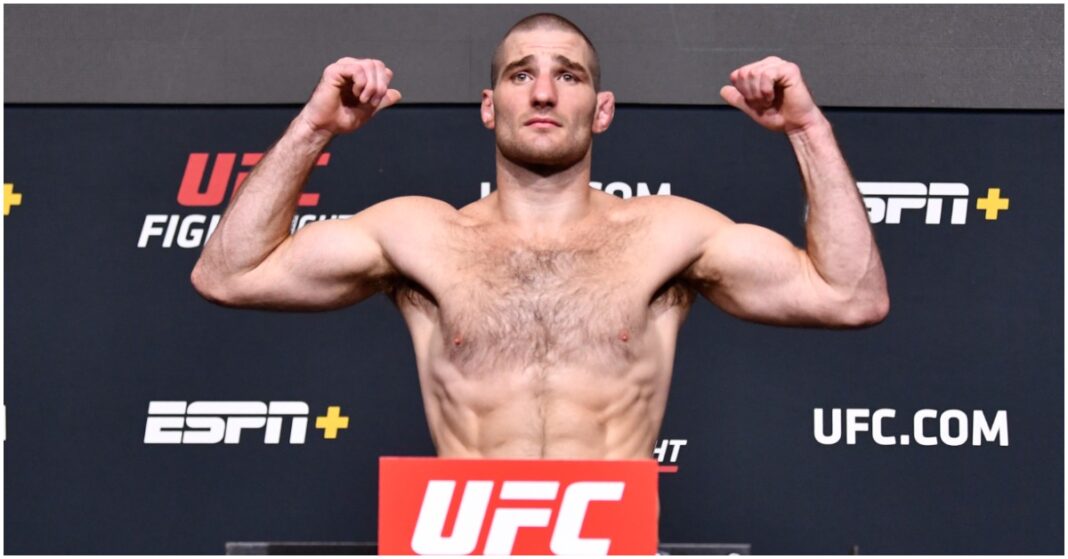 Sean Strickland has shut down talk about a potential fight between him and Darren Till after the Englishman suggested they could headline the UFC’s return to the UK in March 2022.

Speaking on the podcast of former UFC middleweight champion and fellow Englishman Michael Bisping, Till revealed that he asked for a fight with Jared Cannonier before the UFC sent him a list of potential opponents that included Strickland.

“Listen, the UFC, they told me, ‘hey Darren, let us know when do you want to fight because we are waiting on you. You’re always there for us, you’re always ready to fight anyone, anytime’ so I said Jared Cannonier is a good one and they said ‘oh really? Jared already.?’ So they offered a few fights, and one fight I really liked was Sean Strickland,” Till said. “I’ve actually seen Sean Strickland a few times and I said to Sean, “do you know if you want to get it on sometime, we can do it because I think you’re a really good fighter.”

‘The Gorilla’ is coming off back-to-back losses and is 1-4 in his last five fights. In contrast, Strickland has looked exemplary since moving to middleweight and has picked up five consecutive wins.

Strickland took to social media to publicly rule himself out of a fight with Till while calling for a bout against either Paulo Costa or Jack Hermansson.

“Instagram blocked me, joked about a pedophile dying and I guess they didn’t like it lol!!!!” Strickland tweeted. “Anyways I’m not fighting Darren Till. I want (Paulo) Costa and if Costa can’t put down the wine and cookies I want Jack (Hermansson).”

Costa like Till is riding a two-fight losing streak after falling short against Israel Adesanya and Marvin Vettori. ‘The Joker’ may have lost to Khamzat Chimaev recently but that was an exhibition wrestling match and he is currently enjoying a winning run inside the UFC Octagon.

Who do you want to see Sean Strickland fight next?

Muhammad Mokaev Goals For 2022: ‘Top Five & Be A Contender For Title Fight’

Stipe Miocic Would ‘Love’ To Take A Boxing Match