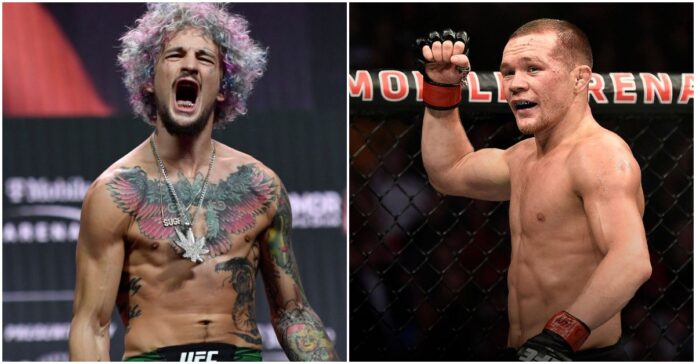 The former undisputed bantamweight champion put on one hell of a fight with Cory Sandhagen in the co-main event at the Etihad Stadium in Abu Dhabi this past weekend. After five rounds of back-and-forth action, Yan walked away with the win, a secondary belt at 135lb and another shot at Aljamain Sterling.

During a recent conversation with his coach Tim Welch on the TimboSugarShow, O’Malley openly admitted that the interim bantamweight champion is one of his favourite fighters to watch.

“He’s probably one of my favourite fighters to watch in the UFC right now,” O’Malley said.

‘Suga’ is particularly impressed by Yan’s ability to adapt in fights.

“Adaptability,” O’Malley said when asked what Yan’s greatest strength is. “I mean it’s boxing, obviously, but the way he can f*cking adapt to losing to Aljo (Aljamain Sterling) in the first, losing to Cory (Sandhagen) in the first, losing to Jose Aldo in the first, and getting outstruck massively. So, it’s cool though. It’s good to see all this. It just gives us a better game plan because me and Petr are going to fight someday and it’s going to be a massive fight.”

First things first, O’Malley has the not-so-easy task of facing #15 ranked contender Raulian Paiva at UFC 269 on December 11. The charismatic prospect had hoped to secure a fight with Dominick Cruz but the 135lb great accepted a fight with Pedro Munhoz on the same card instead. ‘The Dominator has since explained that he is trying to fight up the rankings rather than against someone like O’Malley who is currently outside of the top 15.

Do you agree Sean O’Malley? Is Petr Yan one of the best fighters to watch right now?