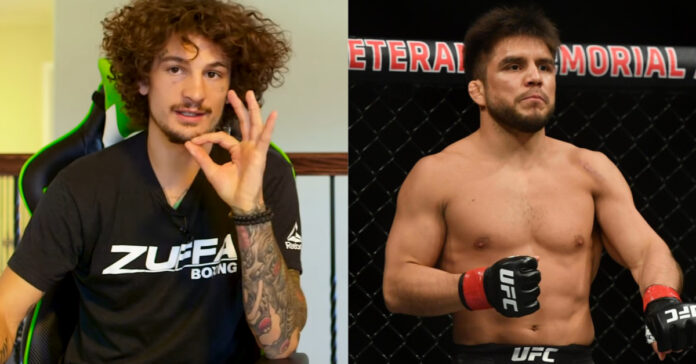 O’Malley and Cejudo have been going back and forth with each other, both in person and on social media. In their most recent argument they had, O’Malley called Cejudo “fat” and clearly not in fighting shape. The two decided to take it to Twitter and Henry Cejudo had quite possibly he best joke he has ever made. ‘Triple C’ called O’Malley ‘Ronald Methdonald’.

O’Malley brought the ‘beef’ to Twitter first, asking if September 10th was too early for Cejudo.

“Sept 10th to soon fat ass or you all talk @henry. Can’t find his twitter someone tag please” O’Malley tweeted

Cejudo countered with: “Lol Ronald Methdonald got his feeling hurt. He doesn’t want to die! I’m Eligible in October per USDA. Plus I have to lose some of this Mexican fat. Ps make sure the Virgin boyz are in front row to witness the assassination. I love paperview point”

It’s quite obvious that Cejudo’s comeback was making fun of O’Malley’s build, not literally calling him a meth addict. It is important to point out that O’Malley grew up in the Montana, where his dad was a police officer. He had touched on that before in an interview with Theo Von a few years back.

O’Malley’s fight against Pedro Munhoz was unfortunately stopped due to an accidental eye poke. The bout was ruled a ‘no contest’ in the middle of the second round, just as things started to heat up. Both men didn’t land much and O’Malley could obviously get back in action fairly soon, due to the fact that he was mostly kicked and didn’t sustain damage to the head. Munhoz on the other hand, may have to wait a little bit longer due to his cornea that was scratched.

Would you like to se Suga Sean and Triple C fight?