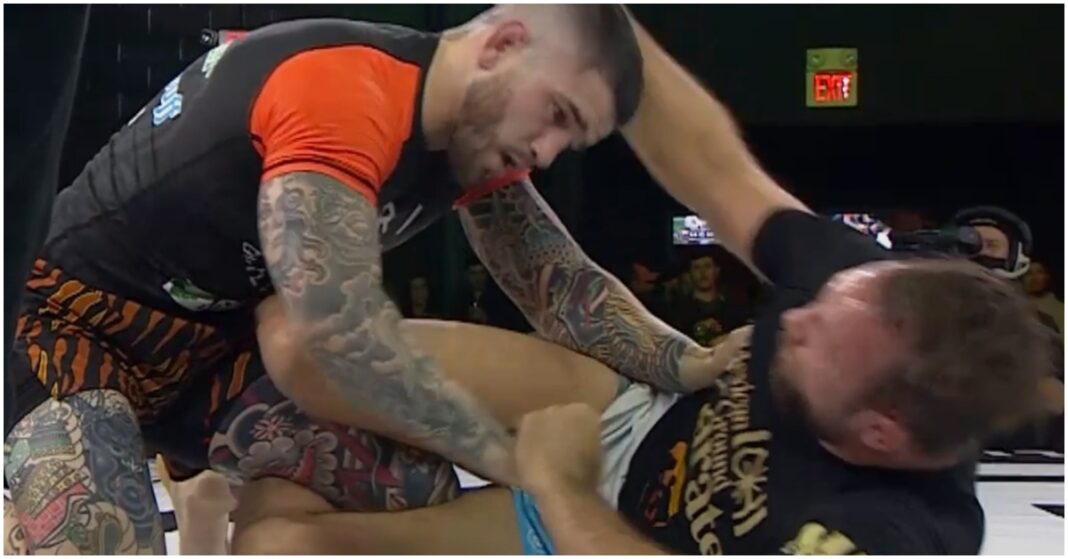 Sean Brady had an impressive year with the UFC picking up two wins in 2021 including a decision victory over Welterweight contender Michael Chiesa. It appears his success has transferred over to Fury Grappling as well as he was able to secure the upset victory over Craig Jones at last night’s competition.

Neither of the two was able to secure takedowns, sweeps, passes, or submission attempts during the bout. Jones was also having to compete without being able to use his wide-range skillset as Fury Grappling 3’s rules didn’t allow for heel hooks in matchups against UFC athletes.

Brady, who was competing in his hometown of Philadelphia, spoke to his local fans following on from his victory.

“Craig’s the best grappler in the world, you know. I’m a jiu-jitsu guy but I’m a MMA guy, too. So, I just wanted to use my pressure, use my top game…. I’m so happy to be here in front of my fans in Philly. No matter what, Craig Jones is great, but I wasn’t losing in my hometown. “ (transcribed by the JiuJitsutimes)

What’s next for Sean Brady?

There is some hype building around Brady, maybe even not quite enough hype. Following on from his victory over Michael Chiesa, Brady earned himself the #9 slot in the welterweight rankings and now will be looking for his next opponent to begin his ascent to the top. Welterweight is running out of imminent contenders for current champion Kamaru Usman, so a big victory in his next bout could have a serious impact on his trajectory.

One matchup to consider is Belal Muhammad, coming off the back of a dominant performance over Stephen Thompson if Belal can’t secure a matchup against a top five-ranked opponent, stylistically these fighters would pair off nicely. Another option although less likely is Jorge Masvidal, given ‘Gamebred’ has already had two unsuccessful attempts at welterweight gold, his interest could now turn to take out some of the upcoming names in the division, and for Brady, if he were ever to get this fight it adds another experienced name onto his resume.

Who would you like to see Sean Brady face next?