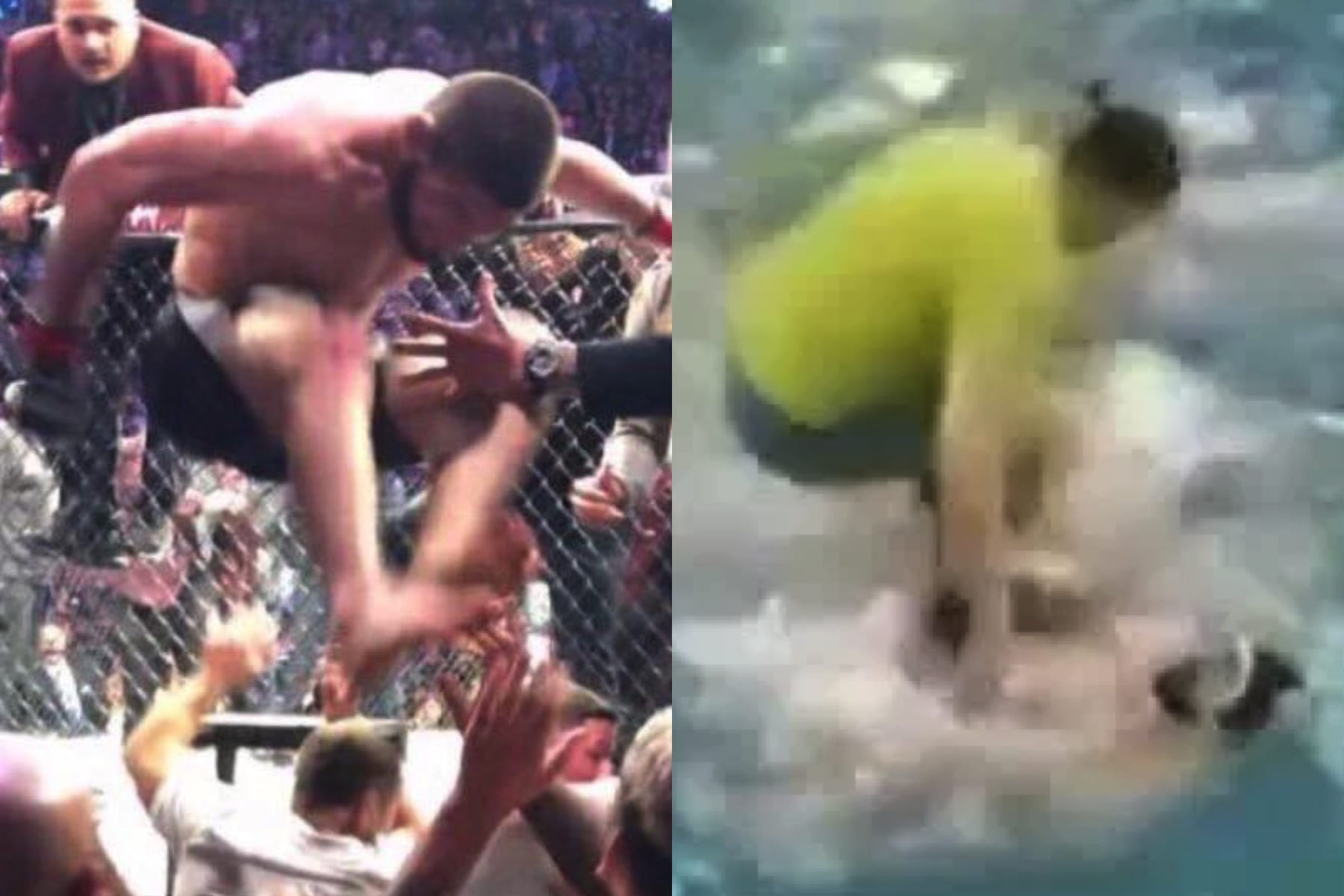 You don’t see this one every day. An amateur Russian water polo coach recently incited a massive underwater brawl when he performed a two-footed ‘Khabib jump’ on a rival player.

As you know, UFC lightweight champion Khabib Nurmagomedov incited his own infamous brawl following his win over Conor McGregor at last October’s UFC 229. ‘The Eagle’ leaped into the crowd to confront McGregor’s training partner Dillon Danis. Danis had allegedly hurled anti-Muslim slurs at Khabib, something Danis has strongly denied.

The brawl was nearly recreated in the water polo game between Moskvich and Kazan. In the wild scene, the coach and a rival player were jawing back-and-forth at one another. It led to the player throwing a ball at the coach, which missed him and hit a female official.

The coach then jumped at the player with both feet into the pool. The Russian water polo game then had to be stopped immediately when an underwater brawl between the two teams broke out. Check out the chaos via @smirnov.dima85 on Instagram:

As you can see, the leap certainly mirrors that of Khabib’s famous brawl-starting jump.

‘The Eagle’ remains suspended for starting the brawl but is expected to return to fighting this fall. He’s tentatively slated for a title unification fight with interim champion Dustin Poirier in September. The fight has not been made official as of yet.

As for the water polo coach, his punishment remains unknown.