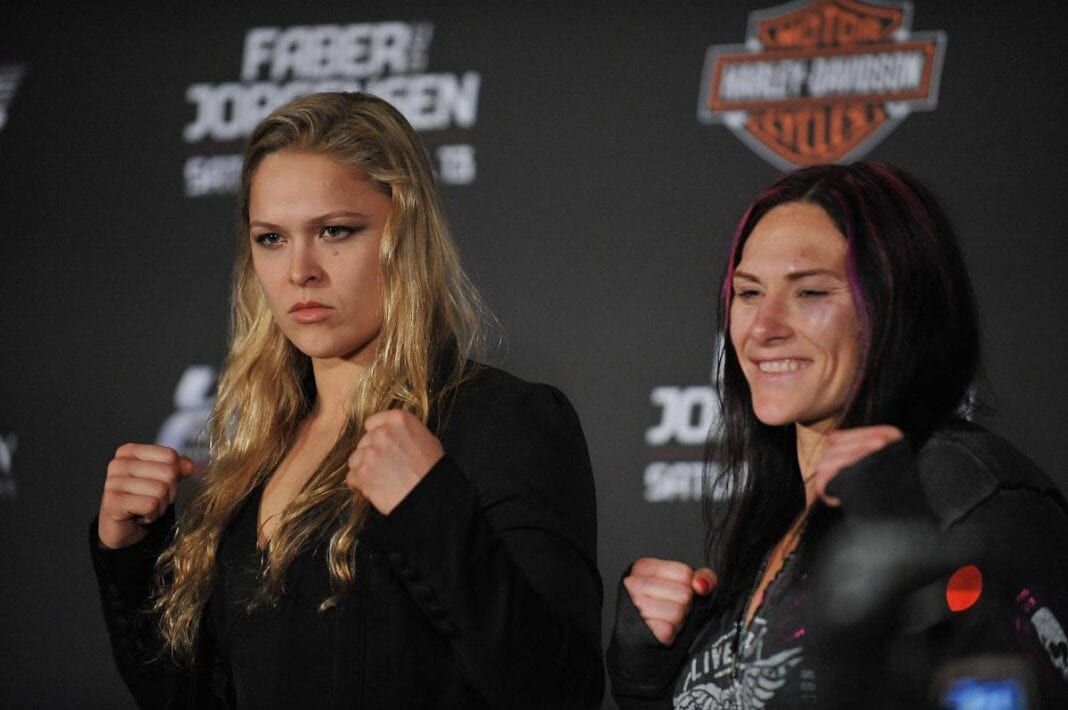 Women’s bantamweight champion Ronda Rousey and No. 1 contender Cat Zingano have both passed random out-of-competition drug tests administered by the California State Athletic Commission (CSAC) and are set to battle it out in the pivotal title bout from the Staples Center in Los Angeles.

According to a report from Ariel Helwani, Rousey and Zingano submitted urine samples last week and received negative results today, a much higher turnaround than the highly questioned (and probably mishandled) failures of former champion Anderson Silva before and after his UFC 183 win over Nick Diaz.

Yesterday (Wed., February 18, 2015) the UFC held a press event to outline their future plans to rid the UFC of performance-enhancing drugs, a scourge that has definitely taken its toll on MMA throughout the beginning of 2015.

Rousey voiced her support for the new plan, which will supposedly lead to random testing of the entire promotional roster, almost immediately after the details were laid out. As a former Olympian, she’s no stranger to random drug testing and has long been a proponent of a clean sport.

Her match-up with Zingano was moved to the UFC 184 main event after the previous middleweight title headliner between Chris Weidman and Vitor Belfort was scrapped due to a Weidman rib injury.

Touted former boxing champion Holly Holm is set to make her UFC debut opposite Raquel Pennington in the co-main event, meaning UFC 184 will mark the inaugural time that women’s bouts have occupied both the main and co-main headliner spots of a major UFC pay-per-view (PPV).

It’s good to know that both ladies will go into the fight on a level playing field.