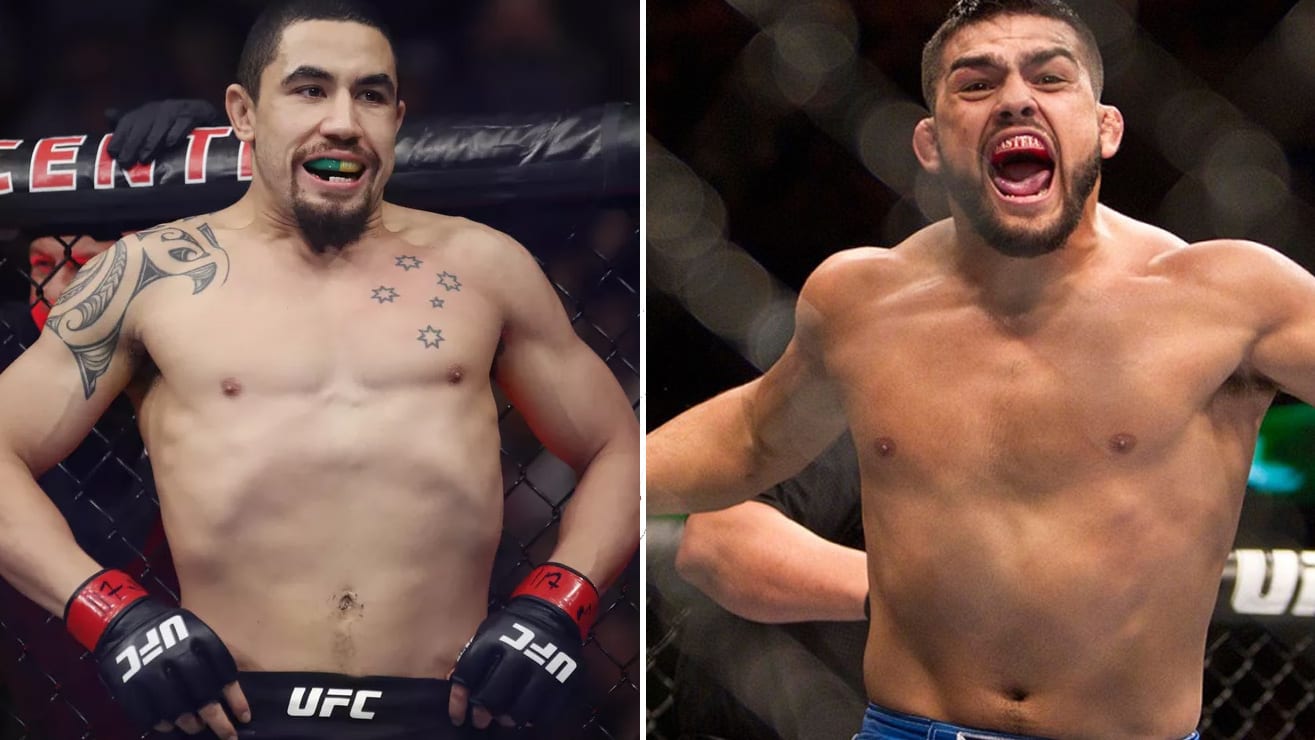 Robert Whittaker believes he will be too much for Kelvin Gastelum.

Whittaker meets Gastelum in a middleweight headliner at UFC Vegas 24 which takes place April 17. It will be a short-notice fight after Gastelum stepped in for Paulo Costa who had to withdraw due to illness.

However, it isn’t the first time these two fighters have prepared for each other as they were initially set to collide for the middleweight title at UFC 234 in 2019 only for Whittaker to pull out on the day of the fight.

That said, “The Reaper” is healthy and in a much better place now. And coming off two unanimous decision wins over Darren Till and Jared Cannonier, Whittaker is expecting a finish against Gastelum.

“I think I’m going to be too much for him,” Whittaker told MMA Junkie. “My striking is too crisp. I think it’s too fast. I think I’ve got too many weapons. He may try to take me down a couple of times, and I only think it’ll work to his detriment because it’s a five-round fight and wrestling takes it out of you.

Gastelum, meanwhile, returned to the win column against Ian Heinisch in February with a relatively uneventful unanimous decision victory after enduring a three-fight losing streak. What kicked that skid off was a five-round war with Israel Adesanya which Whittaker believes took a lot out of Gastelum

However, things will be much different now that Gastelum is back in the win column.

“Fights like that definitely take it out of you. So the war he had with Izzy – yeah, it takes it out of you,” Whittaker added. “You can’t have too many fights like that. I know first hand because it took it out of me. But he’s back in the winning column now, so his confidence is going to be higher than it has been and he’s going to come at me. He’s got nothing to lose, so I think it’ll be an interesting fight.

“Definitely, the styles make fights. He went into that fight with a game plan of wrestling and controlling the fight that way. I don’t think he’s going to be able to do that against me, so he’ll adjust. I’ll adjust and we’ll have to see what happens on the night.”

Who do you see winning this fight?