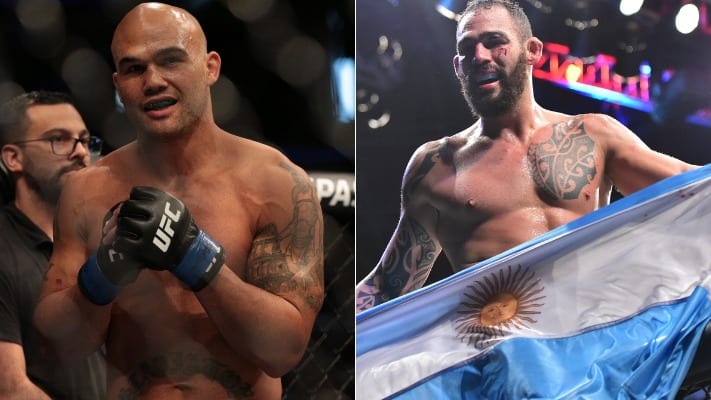 A massive welterweight matchup is reportedly being targeted for UFC 245 later this year.

According to a report from MMA Junkie, the Las Vegas-based promotion is working on a bout between former 170-pound champion Robbie Lawler and Santiago Ponzinibbio. No bout agreements have been signed as of this writing, per the report. The UFC has also not yet made the fight official.

Lawler is on a three-fight losing streak at the moment; having fallen to names such as Rafael dos Anjos, Ben Askren, and Colby Covington. His last victory came against Donald Cerrone in July of 2017 at UFC 214. Ponzinibbio is on a seven-fight win streak and hoping for a big win over a household name in Lawler.

The Argentinian powerhouse owns victories over names such as Zak Cummings, Gunnar Nelson, Mike Perry, and Neil Magny. With a victory over Lawler, Ponzinibbio would be a likely candidate for a title eliminator.

UFC 245 will go down live on pay-per-view (PPV0 from the T-Mobile Arena in Las Vegas, Nevada on December 14. Currently, one championship fight is on deck for that card, that being a women’s bantamweight fight between Amanda Nunes and Germaine de Randamie. Check out the updated UFC 245 card below.

What do you think about Lawler taking on Ponzinibbio at UFC 245?