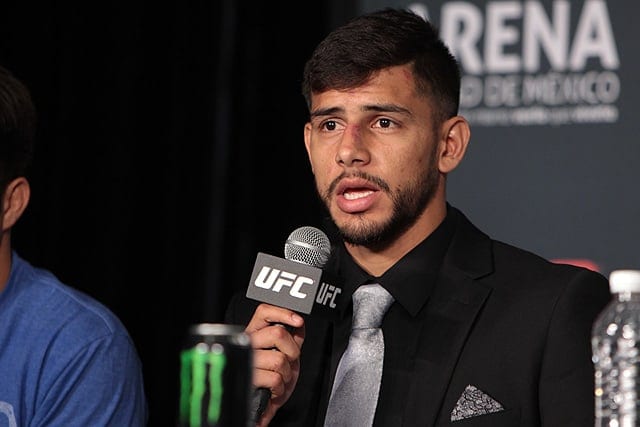 A report broke tonight from The Los Angeles Times’ Lance Pugmire (via MMAjunkie) that the No. 11-ranked 145-pound fighter will return to action on August’s stacked UFC 227 pay-per-view from the Staples Center in Los Angeles, California, and it won’t be an easy comeback fight if the report proves true.

“”El Pantera” will reportedly return against surging Russian prospect Zabit Magomedsharipov, marking his first match since he was dominated by former lightweight champion Frankie Edgar in a one-sided, violent stoppage at UFC 211 last May.

He’ll have no easy task in the 15-1 Magomedsharipov, who won an exciting war with Kyle Bochniak in one of this year’s “Fight of the Year’ contenders at UFC 223. ‘ZaBeast’ has won all three of his UFC bouts and has arguably replaced Rodriguez as featherweight’s most touted rising challenger.

Rodriguez won his first six UFC bouts beginning with The Ultimate Fighter: Latin America, and will look to restart a journey back into the top 10 by defeating the lanky, multi-talented Magomedsharipov. Also joining UFC 227 is another reported featherweight bout between Cub Swanson and Renato Moicano. If officially confirmed, the two 145-pound match-ups will join a bantamweight title rematch between rivals TJ Dillashaw and Cody Garbrandt.