LowKickMMA.com
Home UFC News Report: Michael Bisping Out Until May With Injury 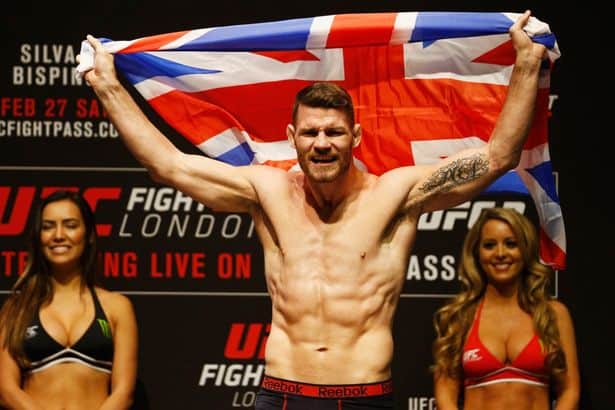 Per a report from John Pollock, the UFC’s 185-pound champ will be out-of-action until May after being notified that he will require surgery to repair a torn meniscus. No information was given on when exactly the injury was suffered:

Michael Bisping recently found out he will need knee surgery for slightly torn meniscus in next few weeks, hopes to fight around May

Bisping is currently on a five-fight win streak which includes a unanimous decision win over former 185-pound king Anderson Silva. The victory over ‘The Spider’ earned the Englishman the right to step in for an injured Chris Weidman to challenge for the middleweight strap, and he would go on to knockout Luke Rockhold in the first round to win his first career UFC title at UFC 199 this past June.

‘The Count’ followed up his spectacular performance with a successful title defense against Dan Henderson at UFC 204 in October, earning a unanimous decision victory in his home-country of England.

Current No. 1-ranked middleweight Yoel Romero has emerged as the prime candidate to challenge Bisping for the title next, after downing the former champ Weidman at UFC 205 from Madison Square Garden in New York City with a grizzly flying knee knockout in the third round. ‘The Soldier Of God’ currently rides an eight-fight win streak with victories over names such as Derek Brunson, Tim Kennedy, Lyoto Machida, Ronaldo ‘Jacare’ Souza, and now Weidman.

READ MORE:  Taila Santos on a potential rematch with 'scared' Valentina Shevchenko: "She has no ground game."

Given Bisping’s injury, however, the 39-year-old Romero will appear to have to wait until near mid-year for his opportunity at 185-pound gold.