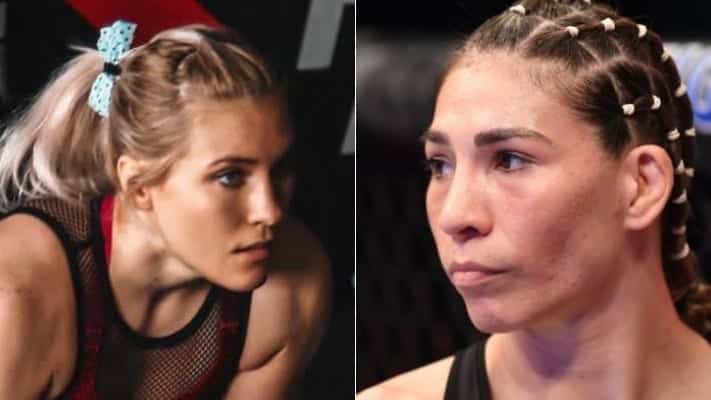 A pivotal bantamweight encounter between Irene Aldana and Yana Kunkitskaya is set.

That’s according to MMA Junkie who reported Tuesday that the two contenders would meet at the UFC 264 event taking place July 10 in Las Vegas. Mexican news outlet Milenio first reported the news.

Aldana will be looking to return to the win column. The Mexican saw her two-fight winning streak snapped after getting outpointed by Holly Holm in October. Before that, she was coming off an impressive knockout win over fellow contender Ketlen Vieira.

As for Kunitskaya, she will be looking for her first three-fight winning streak in the UFC against Aldana. The Russian is on a two-fight winning run following unanimous decision wins over Julija Stoliarenko and Vieira.

It’s very possible that the winner of this fight could go on to face the winner of the upcoming Amanda Nunes vs. Julianna Pena bantamweight title fight taking place August 7.

UFC 264 is headlined by a trilogy fight between Dustin Poirier and Conor McGregor. Here is how the card currently looks: